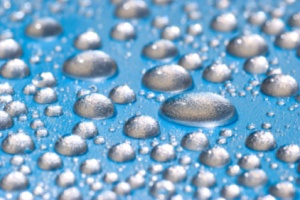 On Dec. 21, EPA issued the Mercury and Air Toxics Standards, the first national standards to protect American families from power plant emissions of mercury and toxic air pollution such as arsenic, acid gas, nickel, selenium, and cyanide. According to EPA, the standards will slash emissions of these pollutants by relying on pollution controls already in use at more than half of the nation’s coal-fired power plants. Facilities will have up to four years to comply.

EPA estimates that the new safeguards will prevent as many as 11,000 deaths and 4,700 heart attacks a year. The standards will also help prevent 130,000 cases of childhood asthma symptoms and about 6,300 fewer cases of acute bronchitis among children each year.

"The Mercury and Air Toxics Standards will protect millions of families and children from harmful and costly air pollution and provide the American people with health benefits that far outweigh the costs of compliance," said EPA Administrator Lisa P. Jackson.

EPA estimates that for every dollar spent to reduce pollution from power plants, the American public will see up to $9 in health benefits. The total health and economic benefits of this standard are estimated to be as much as $90 billion annually.