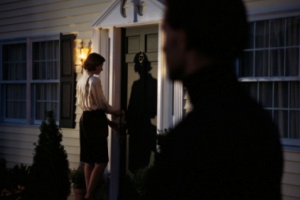 More than 6 million people were victims of stalking and more than 1 million women were raped in 2010, according to a recent federal report.
Released by the Centers for Disease Control and Prevention in mid-December, the report found an average of 24 people per minute are victims of rape, physical violence or stalking by an intimate partner each year in the United States, which adds up to 12 million victims yearly.

“This landmark report paints a clear picture of the devastating impact these violent acts have on the lives of millions of Americans,” said U.S. Department of Health and Human Services Secretary Kathleen Sebelius. “The information collected in the ongoing survey will serve as a vital tool in the administration’s efforts to combat domestic violence and sexual abuse.”

The National Intimate Partner and Sexual Violence Survey is believed to be the first survey of its kind to provide simultaneous national and state-level prevalence estimates of sexual violence, stalking and intimate partner violence victimization. Data from 2010 found that nearly one in five women has been raped at some time in her life and one in four has been a victim of severe physical violence by an intimate partner.

The survey found that one in six women has been stalked in a way that made her very fearful or led her to believe she or someone close to her would be harmed or killed. Much of the stalking behavior was facilitated by technology such as unwanted phone calls and text messages. Almost 70 percent of female victims experienced some kind of intimate partner violence for the first time before the age of 25.

The survey also found about one in seven men has experienced severe physical violence by an intimate partner and more than one-fourth of male rape victims were first raped when they were 10 years old or younger. Both male and female victims of sexual violence were significantly more likely to report physical and mental health problems than non-victims.

“This report highlights the heavy toll that sexual violence, stalking and intimate partner violence places on adults in this country,” said APHA member Linda Degutis, DrPH, MSN, director of CDC’s National Center for Injury Prevention and Control. “Much victimization begins early in life, but the consequences can last a lifetime.”

The report findings “underscore violence as a major public health burden,” according to CDC officials, and show how violence can have lifetime impacts. For example, the findings indicate female victims of violence had a significantly higher prevalence of such long-term health problems as irritable bowel syndrome, diabetes, frequent headaches, chronic pain and difficulty sleeping. Nearly twice as many women who were victims of violence reported having asthma as women who did not report violence victimization.

“The health problems caused by violence remind us of the importance of prevention,” said APHA member Howard Spivak, MD, director of the Division of Violence Prevention in CDC’s Injury Center. “In addition to intervening and providing services, prevention efforts need to start earlier in life, with the ultimate goal of preventing all these types of violence before they start.”