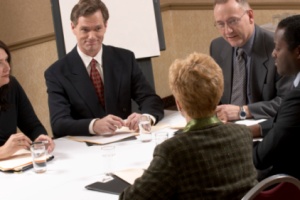 OSHA's Federal Advisory Council on Occupational Safety and Health (FACOSH) will be welcoming new members and taking up several key issues at its May 3rd meeting in Washington, D.C.

The Secretary also appointed Dennis Bushta, U.S. Environmental Protection Agency, to complete the unexpired term of a federal agency management representative who was no longer able to serve.

FACOSH advises the Secretary of Labor on all matters relating to the occupational safety and health of federal employees. This includes providing advice on how to reduce and keep to a minimum the number of injuries and illnesses in the federal workforce and how to encourage each federal executive branch department and agency to establish and maintain effective occupational safety and health programs.