Kill the germs, spare the ears 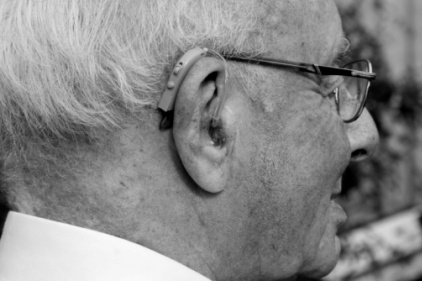 The world needs new antibiotics to overcome the ever-increasing resistance of disease-causing bacteria – but it doesn’t need the side effect that comes with some of the most powerful ones now available: hearing loss. Today, researchers report they have developed a new approach to designing antibiotics that kill even “superbugs” but spare the delicate sensory cells of the inner ear.

Surprisingly, they have found that apramycin, an antibiotic already used in veterinary medicine, fits this bill -- setting the stage for testing in humans.

In a paper published online in the Proceedings of the National Academy of Sciences, a team from Switzerland, England and the University of Michigan show apramycin’s high efficacy against bacteria, and low potential for causing hearing loss, through a broad range of tests in animals. That testing platform is now being used to evaluate other potential antibiotics that could tackle infections such as multidrug-resistant tuberculosis.

The research aims to overcome a serious limitation of aminoglycoside antibiotics, a class of drugs which includes the widely used kanamycin, gentamicin and amikacin.

U-M researcher Jochen Schacht, Ph.D., a professor of biological chemistry and otolaryngology and director of the Kresge Hearing Research Institute at the U-M Medical School, has spent decades studying why these drugs cause this “ototoxicity” – a side effect that makes doctors hesitant to prescribe them. Hearing damage has also caused patients to discontinue treatment before their antibiotic prescription is over, potentially allowing drug-resistant strains of bacteria to flourish.

Schacht has found that the drugs produce damaging free radicals inside the hair cells of the inner ear. Hair cells, named for the tiny sound-sensing hairs on their surface, are the linchpin of hearing – and once destroyed, cannot be regrown.

In the new paper, Schacht and his research group joined teams led by University of Zurich microbiologist Erik Böttger, and structural biologist and Nobel Prize winner Venkatraman Ramakrishnan of England’s Medical Research Council Laboratory of Molecular Biology, as well as scientists from ETH Zurich. Each team brought its particular expertise to the issue, and after four years of work they developed and tested this new approach to designing antibiotics.

“Aminoglycosides are some of the most valuable broad-spectrum antibiotics and indispensable drugs today, but we need new options to combat drug-resistant bacteria. Importantly, we must find ways to overcome their ototoxicity,” Schacht says. “Instead of the trial-and-error approach of the past, this new hypothesis-driven tactic allows us to design drugs with simultaneous attention toward both antibacterial action and impact on hair cells.”

According to the World Health Organization, about 440,000 new cases of multidrug-resistant tuberculosis emerge annually, causing at least 150,000 deaths worldwide. Aminoglycoside antibiotics, while carefully controlled in the U.S., Europe, and other developed countries are available over the counter in many developing nations, leading to overuse that makes it even easier for drug-resistant strains of many kinds of bacteria to emerge and spread.

The new paper outlines a rational approach to designing drugs to combat this threat without ototoxicity, based on a theoretical framework that emerged from the work of the three laboratories and centers around the role of ribosomes, the structures inside the cell that “read” DNA and translate the genetic message into proteins. Böttger’s lab, at the Institut für Medizinische Mikrobiologie which he directs, studies aminoglycoside effects on mitochondrial ribosomes and antibacterial activity with an eye toward designing new ones. Ramakrishnan’s lab studies ribosomes, and partners from ETH Zurich also collaborated.

Aminoglycosides bind to the ribosomes inside bacterial cells, preventing the ability to produce proteins. But while the drugs spare most human ribosomes, they can attach to ribosomes in the mitochondria of cells, which are similar to bacterial ribosomes.

Consistent with U-M-generated theories about ototoxicity, the drugs then cause the production of free radicals in such quantities that they overwhelm the hair cells’ defense mechanisms – destroying the cells and causing hearing loss.

The team’s approach is to design drugs that more specifically target bacterial ribosomes over mitochondrial ribosomes, simultaneously testing the impact on hair cells as well as the ability to kill bacteria. In this way, the researchers try to avoid creating antibiotics that harm hearing.

They are already using the platform employed for this study – which involves cells from mouse ears, and tests of hearing and hair cell damage in guinea pigs – to test other promising novel drugs synthesized based on the theoretical framework that was driving the current research.

Meanwhile, the team hopes to launch a clinical trial of apramycin, an antibiotic that could prove immediately useful because multidrug-resistant TB and lung-infecting bacteria have not shown resistance to the drug yet.

Can you measure being ‘Earth’s safest place to work?’