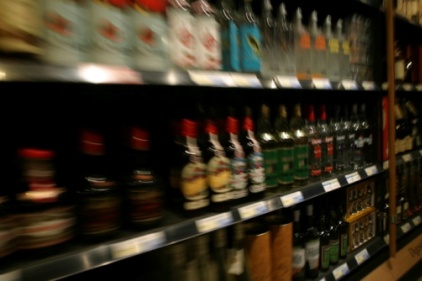 Coordinated strategies that address alcohol availability, alcohol policy enforcement and drinking norms can help colleges and their communities protect students from the harms of high-risk drinking, according to a new study supported by the National Institutes of Health.

In the Study to Prevent Alcohol Related Consequences (SPARC), researchers found that a comprehensive environmental intervention implemented by campus-community coalitions reduced students’ scores on an index of severe consequences of college drinking. The index included items such as car accidents, DUIs/DWIs, the need for medical treatment as a result of drinking, physical fights and sexual assaults.

Benefits of the intervention extended campus-wide, affecting not only the drinkers themselves but also those around them. Alcohol-related injuries caused by students decreased by 50 percent on participating campuses.

A report of the study is online in the journal Alcoholism: Clinical and Experimental Research.

“This study adds to a growing body of evidence suggesting that strategic changes to the environment on campus and in the surrounding community can have an impact on high-risk drinking and its consequences among college students,” said Kenneth R. Warren, Ph.D., acting director of the NIH's National Institute on Alcohol Abuse and Alcoholism (NIAAA).

Led by Mark Wolfson, Ph.D., professor in the Department of Social Sciences and Health Policy at Wake Forest Baptist Medical Center, Winston-Salem, N.C., the SPARC study examined environmental approaches that had shown promise in communities but had not been rigorously studied on college campuses.

Using what is known as a community organizing approach, five universities in North Carolina put together coalitions comprised of campus administrators, faculty and staff, students, and community members who developed a strategic plan for each campus. Five similar universities in the state that did not implement the intervention were used for comparison.

“We realized that high-risk drinking is not just a campus problem, and it's not just a community problem. You have to look at the entire ecosystem,” Wolfson said.

Each campus was asked to select and implement specific strategies that addressed alcohol availability, harm reduction, social norms (i.e., correcting misperceptions about the rate of high-risk drinking among peers) and alcohol price and marketing.

Several strategies were common to all campuses. These included approaches to restrict the provision of alcohol to underage or intoxicated students, increase or improve coordination between campus and community police and establish consistent disciplinary actions resulting from policy violations.

For three years, investigators surveyed students about their drinking habits and resulting harms and found small but statistically significant decreases in two categories: severe consequences experienced by the student due to their own drinking and alcohol-related injuries caused to others.

“It is particularly noteworthy that this combined campus/community effort not only reduced harms personally experienced by the drinker, but also harms resulting from others’ alcohol misuse,” said Ralph Hingson, Sc.D., director of the Division of Epidemiology and Prevention Research at NIAAA.

After several years of implementation, the researchers believe these modest reductions in harm will translate into many students being helped by the intervention. Wolfson and his colleagues estimate that on a campus of 11,000 students, the SPARC intervention will result in 228 fewer students experiencing at least one severe consequence of drinking over the course of a month and 107 fewer students injuring others due to alcohol use during the year.

“This is the basic principle of public health — small changes at the population level can translate into significant improvements in the health of a population,” Wolfson said.