-Even in people who don’t feel tired 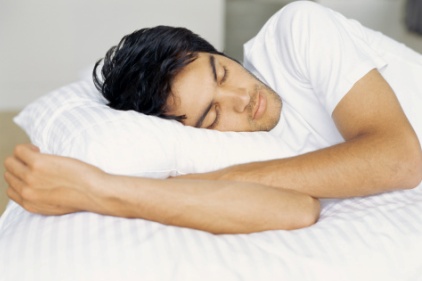 It should come as no surprise, but sleep researchers have determined that not getting enough sleep can have a serious impact on the ability to perform tasks.

"Our team decided to look at how sleep might affect complex visual search tasks, because they are common in safety-sensitive activities, such as air-traffic control, baggage screening and monitoring power plant operations," the study's senior author, Jeanne Duffy, an associate neuroscientist at Brigham and Women's Hospital in Boston.

"These types of jobs involve processes that require repeated, quick memory encoding and retrieval of visual information, in combination with decision making about the information," Duffy pointed out.

Data on a dozen participants was examined over the course of one month.

During the first week, all participants were instructed to sleep 10 to 12 hours each night to ensure they had enough rest. In the three weeks that followed, the participants got only about five and a half hours of sleep each night. They also faced effects similar to chronic jet lag because their sleep was scheduled on a 28-hour cycle.

The study participants performed visual search tests on a computer. The tests were timed so the researchers could evaluate the participants' accuracy as well as their speed in identifying important information.

The participants were also slower between the hours of midnight and 6:00 a.m. than they were during the day.

The effects of the sleep loss got worse and the participants got significantly slower as time went on, the investigators found. Despite performing their tasks much more slowly in the final weeks of the study, the participants reported feeling only slightly more sleepy. Because of this, the researchers concluded that people's perceptions of how tired they are do not always reflect their ability to perform certain tasks.

"This research provides valuable information for workers, and their employers, who perform these types of visual search tasks during the night shift, because they will do it much more slowly than when they are working during the day," Duffy said. "The longer someone is awake, the more the ability to perform a task, in this case a visual search, is hindered, and this impact of being awake is even stronger at night."

The study was published online July 26 in the Journal of Vision.