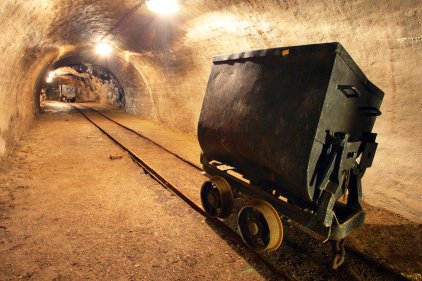 The U.S. Department of Labor's Mine Safety and Health Administration's final rule "Examinations of Work Areas in Underground Coal Mines for Violations of Mandatory Health or Safety Standards,” takes effect today. The rule requires mine operators to identify and correct hazardous conditions and violations of nine health and safety standards that pose the greatest risk to miners, including the kinds of conditions that led to the deadly explosion at the Upper Big Branch Mine in April 2010.

"Effective pre-shift, supplemental, on-shift and weekly examinations are the first line of defense to protect miners working in underground coal mines," said Joseph A. Main, assistant secretary of labor for mine safety and health.

"These repeated violations expose miners to unnecessary safety and health risks that should be found and corrected by mine operators. The final rule, effective today, will increase the identification and correction of unsafe conditions in mines earlier, removing many of the conditions that could lead to danger, and improve protection for miners in underground coal mines," said Main.

The nine standards address ventilation, methane, roof control, combustible materials, rock dust, equipment guarding and other safeguards. They are consistent with the standards emphasized in MSHA's Rules to Live By initiative and the types of violations cited in MSHA's accident investigation report on the Upper Big Branch Mine explosion as contributing to the cause of that deadly accident. MSHA launched Rules to Live By, an outreach and enforcement program designed to strengthen efforts to prevent mining fatalities, in February 2010.

In 2011, MSHA issued approximately 158,000 violations, of which approximately 77,000 were attributable to underground coal mines, even though these mines represent just 4 percent of all mines.