Whistleblowing pilot told to sign off on incomplete certification of trainee 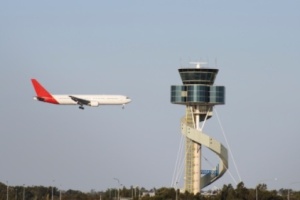 A pilot who was fired after blowing the whistle on pilot certification fraud was ordered reinstated by OSHA.

The whistleblower, a pilot from Illinois, alleges that he was asked to falsify a pilot certification for a training flight he performed with another pilot. He maintained that all required elements were not completed during the training flight conducted Feb. 16, 2009, so he could not certify the form. He also alleges that, on March 23, Northern Illinois Flight Center supervisors attempted to coerce him into signing a backdated and incorrect form. During a subsequent conversation, the pilot informed his supervisors that he wanted to contact the FAA directly to get clarification on the issue, and between March 25 and 27, the pilot contacted the FAA Flight Standards District.

The pilot was terminated April 7, with no reason stated. OSHA’s investigation upheld the pilot's allegations and found that he would not have been terminated if he had not requested to meet with the FAA for the purpose of discussing the pilot certification process and forms.

OSHA determined that Northern Illinois Flight Center violated the whistleblower protection provisions of the Wendell H. Ford Aviation Investment and Reform Act for the 21st Century, known as AIR21, by illegally terminating an employee. As a result, the agency ordered the company to immediately reinstate the employee and pay more than $500,000 in back wages, benefits and damages.