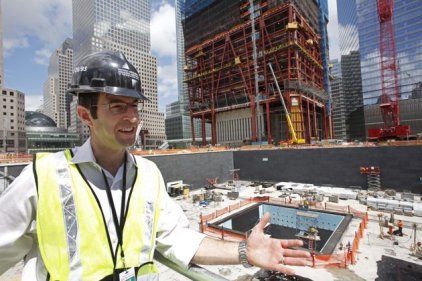 In the first long-term study of the health impacts of the World Trade Center (WTC) collapse on September 11, 2001, researchers at The Mount Sinai Medical Center in New York have found substantial and persistent mental and physical health problems among 9/11 first responders and recovery workers.

The data are published this week in a special 9/11 issue of the medical journal Lancet.

The results showed that nine years after 9/11:

"Several studies have evaluated the health impacts of 9/11, but this is the first long-term study to demonstrate the lasting burden of disease experienced by the brave men and women who responded in the aftermath of the terrorist attacks at the World Trade Center," said Juan Wisnivesky, MD, DrPH, Vice-Chair for Research in the Department of Medicine and lead author on the study. "Our findings underscore the importance of long-term monitoring and treatment of the rescue and recovery worker population."

Those who arrived on the scene first received the greatest exposure to the dust and smoke, and sustained the most severe health damage. These first responders were exposed to a complex mix of toxins and known human carcinogens that included benzene from jet fuel, asbestos, dioxin, lead, polycyclic aromatic hydrocarbons (PAHs), glass fibers, hydrochloric acid, polychlorinated biphenyls, and other caustic chemicals. All of these materials were released into the air of lower Manhattan with the collapse of the towers. Participants were divided into four categories based on their level of exposure to airborne toxins at Ground Zero. Fourteen percent were categorized as low exposure, 65 percent as intermediate, 18 percent high, and 3 percent as very high.

"These men and women risked their lives and their health to support their fellow Americans after the devastation of 9/11," said Philip Landrigan MD, Principal Investigator of the Mount Sinai WTC Program’s Data and Coordination Center, Dean of Global Health and Chair of the Department of Preventive Medicine, Mount Sinai School of Medicine. "Now, many of them are riddled with multiple health problems. Our study shows that these diseases may persist for years to come. We should do everything in our power to provide the best long-term care possible to these heroes."

Located at Mount Sinai and several other clinics in the tri-state area, the WTC Clinical Centers of Excellence and Data Centers are the result of the James Zadroga 9/11 Health and Compensation Act, which provides $4.3 billion in federal funding to address the health crisis surrounding the WTC tragedy. Since the program’s inception under Dr. Landrigan, the Mount Sinai-coordinated Consortium of Clinical Centers of Excellence have medically screened more than 30,000 WTC rescue and recovery workers and volunteers from all 50 states. The Consortium has also provided more than 66,000 medical monitoring exams.