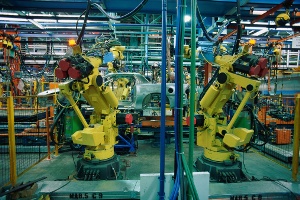 Manufacturers’ concerns over health care and insurance costs are mounting, according to the second quarter National Association of Manufacturers' (NAM) NAM/IndustryWeek Survey of Manufacturers released this week.

In addition, what’s perceived as an unfavorable business climate due to taxes, regulations and uncertainties related to the political climate contribute to the unease.

More than half of survey respondents stated they were either not prepared or uncertain about how their firm planned to implement provisions of the Affordable Care Act at the beginning of 2014.

Key survey findings include the following:

“The manufacturing sector remains stuck in neutral as manufacturers continue to face a number of challenges and uncertainties dampening their ability to grow,” said NAM Chief Economist Chad Moutray. “This quarter’s survey shows that manufacturers need solutions and certainty as concerns about rising health care costs climb and taxes and regulation remain a top challenge for growth. Job growth in manufacturing remains stagnant as the sector lost 8,000 jobs in May. To see strong manufacturing growth in the second half of 2013, Washington needs to act on policies addressing manufacturers’ top challenges to reduce uncertainty and help our nation better compete globally.”

The NAM/IndustryWeek Survey of Manufacturers was conducted among 317 manufacturers in a variety of industries and various sizes. Click here for the full survey results. The NAM has released A Growth Agenda: Four Goals for a Manufacturing Resurgence in America—policy recommendations aimed at revitalizing the U.S. manufacturing industry. Click here to learn more.