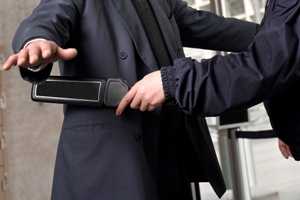 Between 2008 and 2012, OSHA issued notices of unsafe and unhealthful conditions for similar hazards at Logan International Airport and at airports in Anchorage and Fairbanks, Alaska; Manchester, N.H.; Portland, Ore.; and Bellingham, Wash.

TSA employees were also exposed to fall hazards from defective or deficient ladders; slip, trip and fall hazards from unsecured floor mats; lack of protective clothes and eyewashes for employees handling corrosive liquids; an inadequately marked exit route and aisles that were too narrow.

The hazardous conditions were primarily found at baggage conveyors, baggage inspection rooms, security checkpoints and break rooms. The notices of unsafe or unhealthful working conditions can be viewed at http://www.osha.gov/ooc/citations/TSAcitations.pdf*.

Under Executive Order 12196, federal agencies must comply with the same safety standards as private sector employers covered under the Occupational Safety and Health Act. The federal agency equivalent to a private sector citation is the Notice of Unsafe and Unhealthful Working Conditions. A notice is used to inform establishment officials of violations of OSHA standards, alternate standards and 29 Code of Federal Regulations citable program elements. OSHA cannot propose monetary penalties against another federal agency for failing to comply with OSHA standards.

Under the Occupational Safety and Health Act of 1970 and Executive Order 12196, the head of each federal agency is responsible for providing safe and healthful workplaces for agency employees. OSHA's role is to ensure these conditions for all federal employees by setting and enforcing standards, and providing training, education and assistance.