A freshwater shortage is expected in the U.S. by 2030 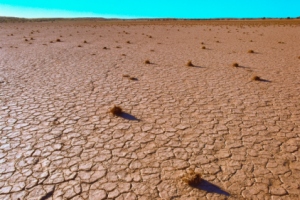 The demand for fresh water in the U.S. will exceed supply by 40 percent by 2030, says a State Department report.

Global consumption, which has increased threefold in the past 50 years, and short- and long-term droughts are the main cause for the worldwide problem.

In 2013, 36 states, particularly in the West but also the Midwest, are anticipating local, regional or statewide water shortages, despite non-drought conditions.

The agricultural industry still by far uses the most water in the U.S., but a new concern is fracking. Some say the controversial practice of acquiring natural gas and oil could give the U.S. energy independence, but it uses billions of gallons of irretrievable water every day.