This website stores data such as cookies to enable important site functionality including analytics, targeting, and personalization. View our privacy policy.
Home » Buds up to 4x as likely to cause hearing loss as headphones, says research
HealthToday's News
Listening to loud music:

Buds up to 4x as likely to cause hearing loss as headphones, says research 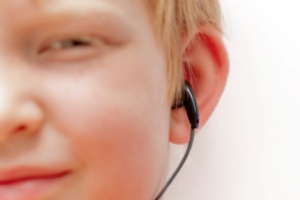 The UK study showed that around 60 percent of youngsters are risking their hearing power to loud music.

DeafHear, the organization that conducted the online research, has launched a nationwide awareness campaign targeting 14 to 22-year-old youngsters.

The project, Keep The Sound, found the most of the youngsters are listening to music in excess of 91 decibels, which is higher than the maximum recommended level of 85 decibels. One in four young people played music at levels over 100 decibels.

May show up later

The researchers stated that even exposure of such loud music for at least 15 minutes a day is enough to cause permanent damage to the ears. The problems might not be seen in initial years but in the later stage of life, people will have hearing problems, they said.

According to the World Health Organization, the main cause of preventable hearing loss is loud noise, such as from heavy industry in work places and loud music.

Young people who daily used portable music players were at higher risk of suffering from the problem.

Researchers have advised parents to be cautious while gifting smartphones or other portable music devices to their children.

"We want to encourage parents who may be giving gifts of music players this Christmas to protect the hearing of children and young people," Brendan Lennon of DeafHear said.

A simple switch can help

He stated that people can reduce the chances of permanent hearing loss by switching from earphones to headphones. The study found that ear buds were up to four times more likely to damage by the use of earphones.

"The advice is simple - make sure that your child has a set of headphones, not earphones. If you can afford it, it is worth looking at headphones with noise cancelling features, which offer additional protection," Lennon stated.