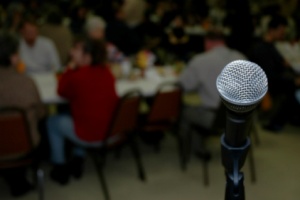 “Ultimately, the question is, ‘will this proposal result in improved employee health and safety?’ AIHA answers a resounding ‘yes,’ and supports OSHA’s efforts to move forward with the proposed rule that helps to protect worker health and reduce illnesses related to silica exposures,” said AIHA Vice President Daniel H. Anna, PhD, CIH, CSP, who testified on behalf of the AIHA.

OSHA’s proposed rule, published in September 2013, would set new PEL for respirable crystalline silica by reducing the PEL to 50 micrograms per cubic meter of air calculated as an eight-hour time-weighted average (TWA), down from about 100 micrograms for general industry and 250 micrograms for construction and shipyards.

In his testimony, Anna summarized comments on several aspects of the proposed regulation that AIHA submitted to the federal docket in February. AIHA’s comments state that in order to properly protect workers, the proposed permissible exposure limit (PEL) for silica should be based on scientific evidence and health effects as established by National Institute for Occupational Safety and Health (NIOSH) and American Conference of Governmental Industrial Hygienists (ACGIH) documents, which conclude that the current PEL is inadequate.

Hundreds of comments for and against those proposed changes have been submitted to the rulemaking docket.

OSHA will conclude its public hearings on the proposal on April 4.