CDC: Ladders a major cause of occupational deaths 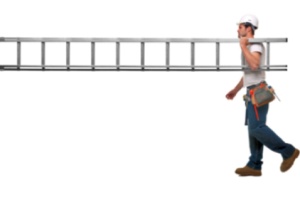 Work-related falls from ladders caused 113 deaths and almost 15,500 nonfatal injuries that resulted in at least one day away from work in 2011, according to researchers from the Centers for Disease Control and Prevention (CDC).

"Falls remain a leading cause of unintentional injury [deaths] nationwide, and 43 percent of fatal falls in the last decade have involved a ladder," said a team led by Christina Socias. Approximately 34,000 ladder-related nonfatal injuries were treated in hospital emergency departments during 2011.

Most falls from ladders occur in construction, mining, maintenance and repair activities. Victims are predominantly male, older and Hispanic.

"Among construction workers, an estimated 81 percent of fall injuries treated in U.S. emergency departments involve a ladder," the researchers noted.

The study appeared in the April 25 issue of the CDC’s Morbidity and Mortality Weekly Report.