Unions from around the world call for asbestos ban 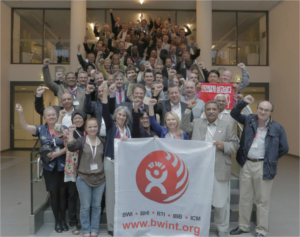 It’s legal in emerging nations but banned in the developed world (although you can still find it in many buildings). An international coalition called for it to be banned globally 25 years ago, but as an industry, it continues to thrive.

A renewed call to ban asbestos was the rallying cry of the International Asbestos Conference last week, which drew more than 100 delegates from 40 countries to Vienna, Austria.

From controlled use to no use

Construction trade unions – such as Building and Woodworkers International (BWI), the Industriall Global Union, the European Federation of Building and Woodworkers and the International Ban Asbestos Secretariat met in a two-day conference aimed at transitioning countries from policies based on the “controlled use of asbestos” to those based on no use.

Sessions and materials were made available in English, French, Spanish, German, Japanese and Korean and Russian.

The conference took place on the anniversary of the 2013 Rotterdam Convention at which a Russian delegation blocked United Nations proposals to regulate the global trade in asbestos.

Laurie Kazan-Allen, of the International Ban Asbestos Secretariat, said members of the Russian asbestos lobby attempted to derail the Vienna conference as well.

“They booked rooms in the same hotel as the conference delegates and scheduled a pro-asbestos meeting in that hotel,” said Kazan-Allen. “In addition, they attempted to gatecrash the trade union conference by demanding entry to the Catamaran Center; security guards who had been forewarned of the potential threat prevented any disturbances from occurring. On this occasion, the Russians’ attempts at intimidation failed.”