Gene P. Hall passes away at 71

"The safety industry...has lost a man of true integrity" 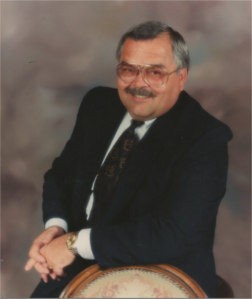 On April 22, 2014 at the young age of 71, the Safety Industry sadly has lost one of their own. Gene P. Hall, President of Western Safety Associates in California has gone from us to be with his heavenly Father. Mourned deeply by his wife, Candace, family, friends and business associates Gene will be truly missed. He was an inspiration to all he met. Those that were fortunate enough to know him knew he stood for personal integrity of the highest order. When Gene said he would, he did!

Born in Sheboygan, Wisconsin he graduated high school in 1961. He continued his education at the University of Wisconsin, graduating with a Bachelor of Science in Business Management. After college Gene Joined the United States Army and was recommended for officers school. He was commissioned as a 1st lieutenant of the1st Battalion, 72nd Armor. He was stationed in Korea and was a Tank Platoon Leader and commanded numerous platoons. Gene’s consistent exemplary performance was acknowledged through numerous commendations and medals by his superior officers. As quoted by one medal commendation: “Through his outstanding professional competence and devotion to duty he consistently obtained superior results. Working long and arduous hours, he set an example that inspired his associates to strive for maximum achievement. The loyalty, initiative and will to succeed that he demonstrated at all times materially contributed to the successful accomplishments of the mission of the US Army Armor Center.”

This was the basis of Gene’s entire 43 year career of owning Western Safety … Gene had an earnest desire to own his own company and utilize and expand the experience that he gained in the military to benefit others. His natural leadership abilities coupled with his vast knowledge of safety standards, he continued to dedicate his life to helping others by providing a high level of safety standards. Gene’s professionalism is only surpassed by his high standards of ethics. He was one of the few men whose word was his signature … when he said it … he meant it … and he performed it. Because of Gene’s true dedication, he received numerous citations, awards and letters from manufacturers, distributors and end users. His heartfelt concern was demonstrated and appreciated by all who were present at his training classes.

Gene was an avid reader who enjoyed spending time with his family, pets, and friends. He was very spiritual and enjoyed reading the Bible. He also enjoyed water skiing, hunting, archery, golf and boating. His true passion was his family and treasured wife, Candie.

Not only the safety industry, but the world, has lost a man of true integrity and generosity to a fault. He will always be honored and remember by all that had the privilege of knowing him

There will be a private family memorial service to celebrate the life of Gene Hall on Friday, July 25, 2014. In lieu of flowers, please honor Gene by donating to either Wounded Warriors, St. Jude’s Research Center for Children or the charity of your choice. If you would like to contact Gene’s wife, Candace, please feel free to do so. Her address is: 5360 Willow Lake Court, Discovery Bay, CA 94505. We are sure she would appreciate hearing from Gene’s associates and professional friends and family.