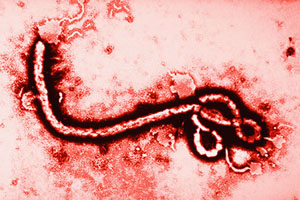 “I had a reporter call me,” said an attendee at this week’s American Industrial Hygiene Association (AIHA) annual Fall Conference, held in Arlington, VA. “He said he had spent three hours at the Congressional Centers for Disease Control and Prevention (CDC) hearing last week, where CDC Director Tom Frieden was grilled, and not once was OSHA or NIOSH mentioned, according to this reporter. He wanted to know why.”

"They're off the radar"

But when nurses or doctors become infected with the Ebola virus, it becomes an occupational illness, right? So indeed, why aren’t OSHA and NIOSH receiving more press coverage about their protection recommendations? Both have Ebola web pages loaded with information.

For that matter, why aren’t occupational health and safety professionals, including industrial hygienists, being quoted in national media coverage, be it print, Internet or broadcast TV?

As for the first question, a quick Google search today (10/21/2014) turned up very few national media stories connecting OSHA to the Ebola story.

BloombergBusinessweek carried a piece on OSHA’s potential to issue an infectious diseases standard that would afford protection to nurses and others exposed to Ebola and other infectious diseases. The story states that OSHA rules on bloodborne pathogens, respiratory protection, and personal protective equipment, as well as the OSH Act’s General Duty Clause offer protection for “frontline healthcare workers in the U.S.” But the mainstream media has largely ignored OSHA’s role in protecting workers from Ebola contamination.

An OSHA spokesman was quoted in the BloombergBusinessweek article saying OSHA’s role “has mainly been to provide as much information as we can.”

And NIOSH has virtually vanished beneath a tidal wave of announcements from the CDC.  An article today in the Washington Post that mentioned NIOSH in a passing reference was the only national media story connecting NIOSH to the Ebola story to turn up in a Google search.

No session on Ebola

At the AIHA Fall Conference, one attendee wondered why the occupational safety and health professional societies were not “jumping on the opportunity” to promote their members’ subject matter expertise on infectious disease protections. “There should have been a last-minute session arranged for this conference on Ebola,” he said. “I’m surprised it was not.”

A key point about respiratory protection

The attendee, who spoke on the condition of anonymity, said, “AIHA should have commissioned a white paper to be written on PPE and Ebola, not to be published in three months, but next week. At least three of the country’s top experts on occupational respiratory protection are AIHA members; all you have to do is look up the roster of the respiratory protection committee. The same is true of PPE and the personal protective equipment committee.” These experts should be made available for national media interviews. “One key thing they could say,” said this attendee, “is that N95 respirators should be worn, not surgical masks. Surgical masks are to protect patients, not caregivers.”

“That statement alone should be on the national news tonight,” said another attendee.

Can you measure being ‘Earth’s safest place to work?’