On 30th Anniversary of Bhopal, India tragedy: Could it happen again? In U.S.?

A seven person go-team from the U.S. Chemical Safety Board (CSB) begins work this morning at the LaPorte DuPont plant near Houston, trying to determine what caused the toxic chemical leak that killed four workers and sent another to the hospital early Sunday morning. 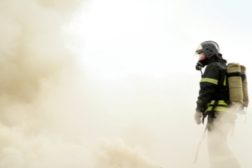 The U.S. Chemical Safety Board (CSB) is recommending changes to the widely-used Emergency Response Guidebook published by the U.S. Department of Transportation (DOT) for emergency responders to use when confronting chemical fires, explosions and releases of hazardous materials. 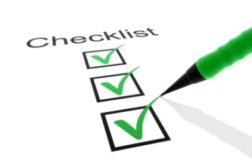 Checklist gets your facility prepared for a chemical spill

The National Institute for Occupational Science and Health (NIOSH) has put together a safety checklist for dealing with chemical spills in a variety of facilities. Its elements can be tailored to the specific needs of your workplace. 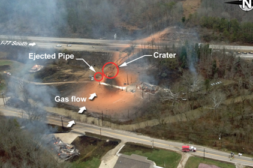 The 2012 rupture of a Columbia Gas Transmission Corporation natural gas pipeline in West Virginia was caused by external corrosion that could have been discovered by the pipeline operator, the National Transportation Safety Board said in a report released earlier this week.

CSB releases new message about the impact of chemical accidents

The CSB has released its second safety message in an occasional series focusing on the impacts  of chemical accidents  on people’s lives. The short video features Amy Gumbel, sister of Matt Gumbel - one of the workers fatally injured in the 2010 explosion and fire at the Tesoro Refinery in Anacortes, Washington.

OSHA rulemaking, temp workers around the world and the high fall fatality rate of communications tower workers were among the top EHS-related stories this week on ISHN.com.

The U.S. Chemical Safety Board (CSB) is demanding access to the Tesoro refinery in Martinez, California, in order to investigate a Feb. 12 chemical spill that resulted in first- and second-degree burns to two workers.

The chairperson of the U.S. Chemical Safety Board (CSB) yesterday commended the International Code Council (ICC) and its members for revising the International Fire Code (IFC) and International Fuel Gas Code (IFGC) to prohibit the unsafe practice that killed six workers in a tragic explosion at the Kleen Energy power generation facility in Middletown, Connecticut.

VPP problems, the NTSB’s “Ten Most Wanted” and water woes in West Virginia were among this week’s most-read EHS-related stories on ISHN.com: