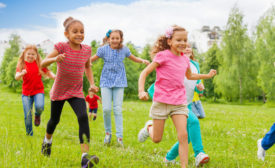 Leigh Hopper
Improved air quality in the Los Angeles region is linked to roughly 20 percent fewer new asthma cases in children, according to a USC study that tracked Southern California children over a 20-year period. The research expands on the landmark USC Children’s Health Study, which found that children’s lungs had grown stronger in the previous two decades and rates of bronchitic symptoms decreased as pollution declined throughout the region.
Read More
Subscribe For Free!
More Videos