This website requires certain cookies to work and uses other cookies to help you have the best experience. By visiting this website, certain cookies have already been set, which you may delete and block. By closing this message or continuing to use our site, you agree to the use of cookies. Visit our updated privacy and cookie policy to learn more.
Home » Blogs » Thought Leadership » Thank people for watching out for their own safety
John Drebinger Jr. is a motivation speaker, print and e-book author, educator and trainer on specific safety topics such as culture change, ownership for safety, and building better communication skills. Visit www.drebinger.com

Thank people for watching out for their own safety 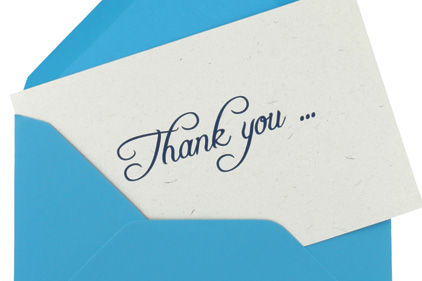 Yesterday, I was buying gas and as I was getting out of my car I noticed a couple standing over on the grass next to the sidewalk. They were both smoking and having what appeared to be a pleasant conversation. I began to wonder if they were just walking by or were from one of the cars being fueled at this gas station.

I continued with my gas purchase and kept an eye out to see where they would go. When I finished they were still there so I sat in the front seat and observed further. They extinguished their cigarettes and went to one of the cars being fueled. One of them got into the car while the other began to clean the windows. I pulled alongside of their vehicle and when the person cleaning the windows was on the passenger side, I said, "Hi, my name is John, could I ask you a quick question?" They said yes and I continued, "Did you specifically go over to the grass to have a cigarette away from the gas pumps?" With a smile the person said, "Yes, I don't want to blow up." I said, "That's great, I'm a safety speaker and I tell a story in my presentation about someone who was pumping gas while smoking and I think it's great you did the safe thing by staying away from the gas pumps. Thank you for caring about you and your friend's safety." They smiled and said thanks.

We need to acknowledge when people do something safely and thank them for doing so. Also, remember if you want to thank someone, only do it publicly with their permission. I even told the person I was going to write about them in an upcoming article. Remember, your purpose is to thank someone and if they don't like public recognition it might not be a good way to recognize their safety actions.

I'll be, "Watching Out For Everyone's Safety™"