Dave Johnson is the industry's longest-tenured editor, with 31+ years experience leading ISHN. Dave has conducted state-of-the-industry White Paper reader surveys since 1983. He launched the industry's first magazine web site in 1995, and the For Distributors Only business supplement also in 1995. He has a Bachelor of Science degree in magazine journalism from Ohio University.Contact Dave at johnsond@bnpmedia.com.
Psychology

All quiet on the safety and health front 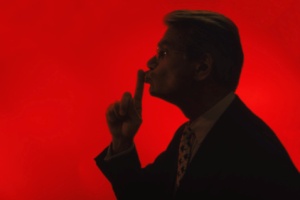 Maybe it’s just me, but have you noticed how quiet things seem to be on the job safety and health front?

I was talking on the phone today to a safety trainer who said, “Man, there’s just nothing coming out of Washington these days.”

Of course most safety and health pros I know wouldn’t complain about that.

OSHA’s web site rather says it all: the lead story on the agency’s homepage is about safe workplace photo contest winners. Contest winners…

OSHA chief Dr. David Michaels apparently hasn’t said anything noteworthy since July — that is the last time one of his speeches was posted on the OSHA web site. Last speech before that was in April.

Naturally some folks are damn irritated over this “OSHA Inaction.” That is the title of a report issued by Public Citizen in October, 2011. Writes the author: “When it comes to health and safety protections for workers, there has been a regulatory drought.”

I can hear safety and health pros saying, “Now don’t start any rain dancing, ya hear?”

According to Public Citizen, OSHA once was able to develop a rule in less than a year; (that was before K Street became a canyon of lobbyists’ offices) the process now exceeds six years on average.

It is true delayed regulations cause continuing harm to certain target populations of workers: those exposed to silica dust, beryllium, diacetyl, for instance, would benefit from stricter protections. Public Citizen cites OSHA estimates that a rule protecting workers on scaffolding, ladders and towers with fall protection equipment, if issued in 1990 when first proposed, already would have prevented 320 deaths and 104,026 injuries. There is still no final rule. OSHA also has failed miserably (with the help of K Street trade association attorneys) to keep toxic chemical exposure limits up-to-date for hundreds of substances. And Public Citizen protests that the agency has failed to regulate homicides, a leading cause of workplace deaths, and also failed to regulate heat stress protection.

The country has let down these at-risk employees. Safety and health professionals who consider their job a calling should see that such a calling goes beyond their own worksite to ensure that every employee everywhere goes home safe and healthy at night.

But here is why I think the country is quiet now, and has been for some years, when it comes to workplace safety and health issues:

According to a March, 2011 survey of workers by the American Psychological Association, less than one in ten workers say they are dissatisfied or strongly dissatisfied with the health and safety practices of their employer.

For the overwhelming majority, workplace safety and health is a non-starter, a non-issue. Employer practices are OK. Not all world class certainly, but acceptable to most workers.

Here’s another reason you’re not hearing a hue and cry for more OSHA protections: Most employees feel safe on the job today. It’s not even close to being significant concern with employees. Only 6 percent according to the APA survey say “unpleasant or dangerous physical conditions” are a very significant source of work stress. 59 percent say work conditions are not at all a significant threat, and 20 percent say they are not very significant.

If OSHA is doing its enforcement job, it is directing its inspections at the 6 percent of employers whose lack of safety and health commitment does pose a very significant risk to workers.

Years ago Henry Lick, one-time chief industrial hygienist for the Ford Motor Company and president of the American Industrial Hygiene Association, told me the American public has all the workplace safety protection it believes it needs, or wants the government (OSHA) to invest in. This explains why there is no political pressure, no media pressure, no grassroots pressure (certainly on the order of the green groups) and no “Occupy OSHA” protests.

Dave Johnson is the industry's longest-tenured editor, with 31+ years experience leading ISHN. Dave has conducted state-of-the-industry White Paper reader surveys since 1983. He launched the industry's first magazine web site in 1995, and the For Distributors Only business supplement also in 1995. He has a Bachelor of Science degree in magazine journalism from Ohio University.Contact Dave at johnsond@bnpmedia.com.
Subscribe For Free!
More Videos