Stress: it ain't all that bad 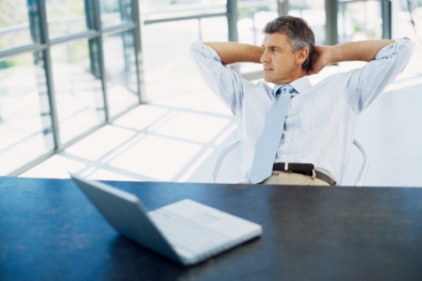 The December 5, 2011 issue of Time carries a lengthy article about anxiety. Here we go again with another reminder of how stressed-out our lives are.

So what’s new? Every generation, at least since the Greatest Generation in WW2, can claim to be stressed out.

I think this stress business is being overworked, pun intended.

“No man ever stated his griefs as lightly as he might.”
Ralph Waldo Emerson

(A note to Dr. E. Scott Geller: Yes, doc, as you have emphasized many times, the correct word for debilitating stressed-out stress is “distress.” Stress, as you say, can be good or bad. Or challenging up to a point and then tipping negative. We’re going with the common vernacular here.)

A March 2011 survey by the American Psychological Association on “Stress in the Workplace” saw the glass half (or one-third) empty — emphasizing that 36 percent of workers said they typically feel tense or stressed out during their workday.

That leaves more than half of us, more than 60 percent, not feeling particularly tense or stressed out during the day.

Call it the silent majority of the comfortably satisfied. Or acceptably challenged by their work.

Of course psychologists would be staring at empty waiting rooms in a world without stress, which is why APA places its emphasis where it does in its survey.

And we all know that “good news” doesn’t sell magazines and newspapers. Imagine a Time cover story: “Why Most Americans Don’t Feel Particularly Anxious About Anything.”

Well, here’s some good news for you:

77 percent of employees report having a positive relationship with their boss, according to the APA survey.

66 percent say they are motivated to do their very best for their employer.

(APA phrases it “only two-thirds” but in any office I’ve ever worked in, if two-thirds were trying “to do their very best” that’d be a pretty damn productive office. Many people hang on to the 80/20 rule, you know, 80 percent of the work is done by 20 percent of the people. So 66 percent seems good to me.

All in all, I’d say these percentages point to a fairly non-threatening, accomodating work environment.

This seems to describe the work environment for most EHS professionals, according to ISHN’s most recent State of the EHS Nation White Paper, based on a survey of readers in October, 2011.

Get this: 92 percent of EHS pros say they expect their job satisfaction to remain the same or increase in 2012. Only 8 percent say the level of satisfaction with their job will deteriorate.

Only 4 percent of professionals say the level of their effectiveness will likely decline in 2012. And that’s with only 12 percent of EHS pros getting increased resource support next year.

Now it’s true 46 percent of those we surveyed expect their personal work-related stress to increase in 2012. But given the overall high job satisfaction, it seems professionals are saying, “job stress, well sure, what else is new? Comes with the job.”

In other words, it is challenge stress, not distress.

Perhaps this safety pro, writing a post in a Linked In group discussion, epitomizes the general attitude:

“I have been in this line for more than 30 years and I love my job and I know I have done quite a bit to improve at all the sites I have worked in. Yes it is tough but if you really believe in helping you must have the passion. Being a safety professional is not just a job, it must become part and parcel of your life. Sometimes it is the small things you do that give you pleasure. The day before yesterday at the site I am currently providing services in, a worker approached me and showed me his hands, he was suffering from contact dermatitis. I checked the first aid kit and we had run out of the cream; getting the first aid kit replenished requires quite a bit of red tape here..so yesterday I went to pharmacy and bought a tube and gave it to the worker..and the look on his face was enough to make my day.”