What ticks you off about worker safety? 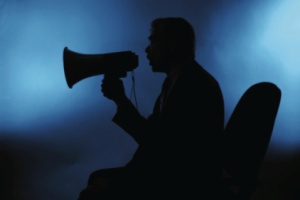 That was the question a planning meeting facilitator asked about 15 of us earlier this week. The meeting topic was the future of worker safety. Being the only journalist in the room, I of course was first to speak up. Journalists are notorious whiners, wailers, cynics, and combative critics. Last thing a self-respecting journo wants to be called is any kind of cheerleader for a cause or an industry. They call that going over to the dark side and practicing the dark arts of public relations.

So the meeting facilitator opened the door, so to speak, and I waltzed through, thinking and speaking off the top of my head, with no editor to save me from my own excesses (which is the bulk of what editors do with reporters’ egos).

First thing that ticks me off about this worker safety subject I’ve covered since 1980 is the President and Congress’s apathy, lack of interest, in the subject. From the White House over the decades we have gotten near total, complete silence on worker safety. Have you ever heard POTUS (President of the United States) utter a word about job safety?

President Clinton, the noted gabber, is the sole prez I’ve heard address worker safety, in a rundown factory in a bad part of DC as part of a staged press event in the mid-90s heralding “the new OSHA,” VP Al Gore’s stab at making fed agencies more “customer-friendly.”

The United Kingdom’s Prime Minister David Cameron kicked of 2012 issuing a resolution to “kill off once and for all the monstrous safety culture” that sucks the life out of struggling Brit businesses like some vampire. By the end of the year, Cameron wants the UK’s OSHA equivalent to propose eliminating half of all its regs.

A news blackout on worker safety from the White House for 40+ years is bad; having your head of state embarrass himself like Cameron did by using words like culture that he knows nothing about is worse. Cameron is the first person I have ever heard go on the record as opposing safety cultures. Worksites the world over are trying to build or strengthen safety cultures. Cameron minces no words, he intends to stomp ‘em out like annoying cockroaches.

I think the PM’s advisors were misinformed. They told the PM to rail against cultures of safety when they meant bureaucries of red tape.

Second thing that ticks me off is the media’s almost complete lack of interest in worker safety. Sure, The New York Times and other papers occasionally do an admirable job exposing worker hazards. But by and large work accident stories are page 18 material, buried in the back of ever-thinning newspapers. There is a much larger than imagined small to mid-size manufacturing base that still thrives in this country, but it is not a negative enough story for the press to pick up on. The only blue-collar workers papers are interested in are the ones who’ve been unemployed for a couple of years.

The media could pressure Congress, the White House, and agencies like OSHA to get their game on and squarely address the problem of serious injuries and fatalities, which remain stubbornly high compared to decreases in minor injuries. But no, not a word.
If it is not to a Washington player’s (union, business association, lawmakers, Presidents) advantage to bring up OSHA and safety (always in a political context), it’s out of sight, out of mind.

Which, by the way, is one reason we are staring in the next 5 years or so at a lack of supply of safety management talent. The kids take other, better-paying and sexier majors. Safety, who said anything about safety? Only thing many kids know about safety is if they wore a badge and were on the safety patrol. Not an experience to launch a thousand careers.

Third thing that ticks me off is another silent on safety group, the public. As an industrial hygienist once told me, “the U.S. public has bought all the safety and health protection it thinks is necessary.”

A recent study found 70 percent of employees saying they feel safe on the job, safe amid the working conditions they encounter. So where’s the problem? Well, many of the folks who do not feel safe at work won’t tell you, me, their supervisor or a reporter because they are poor, perhaps immigrants, and cannot afford to get fired for being a safety malcontent. So we have very few safety malcontents. Can you name one?

People ask me how I can cover a field for 32 years that is dead politically, with no public image, and a retracting base of experts. Most journos would move on to more exciting beats. Well, I rather like being the odd man out there talking about issues that come with being human. Us humans are fascinating. The stories are endless. Which makes 32 years go by fast.

Enough of me. What ticks you off about worker safety? What would you want to change about how it is practiced, or not practiced? Or are you OK with worker safety’s low visibility as a public issue. After all, no outrage means less stress and headaches.