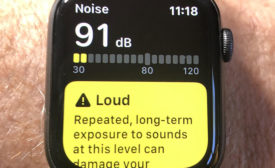 How to deal with the data
Dan Markiewicz, MS, CIH, CSP, CHMM

Back in 2015 I had a widow-maker heart attack. That near-death event focused attention on my heart health, particularly when I push to physical extremes during mountain backpacking.

What to do if heart disease runs in your family

Exercise may be the best way to keep hearts healthy – and it works even for people with a genetic pre-disposition for heart disease, according to new findings in the American Heart Association’s journal, Circulation.
Read More

Heart failure on the rise in U.S.

Cardiovascular disease remains leading killer
The number of adults living with heart failure increased from about 5.7 million (2009-2012) to about 6.5 million (2011-2014), according to the American Heart Association’s (AHA) 2017 Heart Disease and Stroke Statistics Update. Based on the latest statistics, the number of people diagnosed with heart failure, which means the heart is too weak to pump blood throughout the body, is projected to rise by 46 percent by 2030, resulting in more than 8 million people adults with heart failure.
Read More 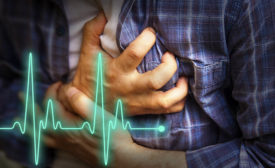 Cardiovascular disease (CVD) is responsible for 1 out of every 3 deaths in the United States, making it the leading cause of death. CVD illness and death accounts for an estimated $120 billion dollars of lost productivity in the workplace.
Read More 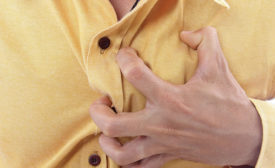 I wasn’t prepared to prevent my heart attack

Dan Markiewicz, MS, CIH, CSP, CHMM
Newsflash: None of us are getting out of this world alive. It is just a matter of how and when we die. Can you decipher the medical shorthand below?
Read More 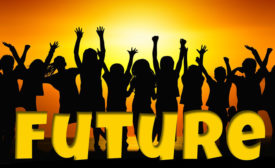 Students across the nation would benefit from strong state requirements for physical education. However, 2016 Shape of the Nation™, released today by SHAPE America - Society of Health and Physical Educators and Voices for Healthy Kids, an initiative of the American Heart Association and Robert Wood Johnson Foundation, shows most states are dropping the ball on keeping kids active and fit and preparing them for a healthy future.
Read More

Over a decade or longer, risk increases beyond 45 hours per week
Working long hours — particularly 46 hours per week or more — may increase the long-term risk of cardiovascular disease (CVD) events such as heart attack, reports a study in the March Journal of Occupational and Environmental Medicine, official publication of the American College of Occupational and Environmental Medicine (ACOEM).
Read More

Doubling or quadrupling the minimum federally recommended levels of physical activity lowered the risk of developing heart failure by 20 percent and 35 percent, respectively, according to research published in the American Heart Association’s journal Circulation.

Rita Owens, supported by her daughter Queen Latifah, will share her story

A new report finds heart failure continues to be a significant health, economic and personal burden in the U.S. In response, AHA has launched the Rise Above Heart Failure initiative, with goals to reduce heart failure hospitalizations by 10% and to increase awareness and understanding of HF by 10% by 2020.