Sleep apnea, fatigue and a poor traffic management plan combined to cause a fatal 2016 collision between a motorcoach and tractor-trailer truck near Palm Springs, California, according to the National Transportation Safety Board (NTSB). The driver of the motorcoach and 12 motorcoach passengers were killed on October 23, 2016 when the speeding motorcoach crashed into a stopped truck on Interstate 10 in the early-morning darkness.
Read More 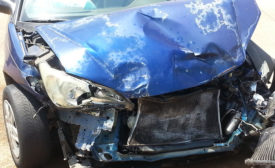 Nearly half of occupants in passenger vehicles that were killed in crashes in 2014 were not wearing seatbelts, according to the National Highway Traffic Safety Administration (NHTSA). That troubling statistic is behind the annual Click It or Ticket safety campaign launched last week by the NHTSA, the Department of Transportation and a number of local agencies.
Read More

Concern over a five-year, 19-percent increase in pedestrian fatalities has caused the National Transportation Safety Board (NTSB) to put together a Pedestrian Safety Forum that will take place on May 10, 2016, from 9 a.m. to 5 p.m.

The U.S. Department of Transportation’s National Highway Traffic Safety Administration (NHTSA) has announced its latest estimate of traffic deaths, which show a steep 9.3 percent increase for the first nine months of 2015.
Read More

Some 1.25 million people die each year as a result of road traffic crashes, according to the WHO's Global status report on road safety 2015, despite improvements in road safety. “Road traffic fatalities take an unacceptable toll – particularly on poor people in poor countries,” says Dr Margaret Chan, Director-General of WHO.
Read More

NHTSA launches its annual reminder that seat belts save lives

The U.S. Department of Transportation’s National Highway Traffic Safety Administration (NHTSA) today launched its 2015 “Click It or Ticket” campaign to encourage the use of life-saving seat belts. According to NHTSA’s data, in 2013, seat belts saved an estimated 12,584 lives among passenger vehicle occupants 5 and older. Historically, seat belts saved nearly 62,468 lives from 2009 to 2013.

U.S. Transportation Secretary Anthony Foxx and the National Highway Traffic Safety Administration (NHTSA) is reminding motorists and motorcyclists to ‘Share the Road’ during Motorcycle Safety Awareness Month. A motorcyclist has the same rights, privileges, and responsibilities as any other motorist on the roadway. 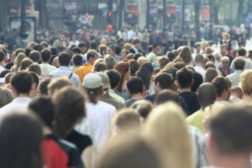 Philadelphia is hoping that a $525,000 grant from the National Highway Traffic Safety Administration (NHTSA) will help it reverse a three year trend of increased pedestrian fatalities. A total of 31 pedestrians were killed in motor vehicle crashes during 2012, representing 29 percent of the city's total traffic fatalities.