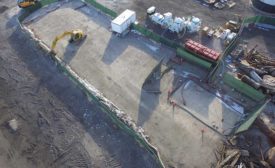 The small town of Ovid rests in the far northeast corner of Colorado near the Nebraska border. The town retains a significant historical landmark: the gleaming white storage silos containing beet sugar from what once was the Great Western Sugar Company’s finest factory.

Formica Construction's willful disregard led to worker’s death
The life of a 46-year-old demolition worker, killed in a building collapse in November 2014 at a Staten Island auto dealership, could have been spared if his employer had not disregarded federal safety rules.
Read More

An estimated 100 protestors walked in bitter cold temperatures Friday night to demand justice in the death of Delfino Velazquez, an immigrant laborer who died in a construction accident at the Dana Ford Lincoln dealership in Staten Island, New York.

Greensboro civic auditorium demolition may have exposed workers to asbestos

Greensboro, NC city employees and contractors may have been exposed to asbestos while working toward the demolition of War Memorial Auditorium, according to a recent report in the region’s newspaper, The News & Record. 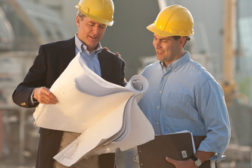 A construction worker helping to demolish a Blockbuster Video building June 20th in New Jersey was trapped and killed when the last standing wall collapsed on top of him. Six months earlier, a 25-year-old construction worker in Chicago was struck and killed by pieces of falling concrete while conducting renovations on a shopping mall.

An Illinois company faces $100,000+ in fines after a sharp-eyed OSHA inspector noticed workers without PPE conducting demolition operations on a Chicago bridge that was coated with lead-based paint.

The fatal June, 2013 collapse of a four-story building in Philadelphia has resulted in OSHA violations against the contractors hired to demolish the building. Griffin Campbell, doing business as Campbell Construction, and Sean Benschop, doing business as S&R Contracting, were cited for three willful per-instance violations, following the incident, which killed six people and injured 14.