Environmental groups are reacting angrily to the EPA’s announcement this week of a proposed regulation that applies to the management of coal combustion residuals (CCR) from electric utilities, while coal-producing states are supporting the job protection they say will result. If enacted, the regulation would amend a 2015 Obama-era rule establishing a set of solid waste requirements for the management of CCRs.
Read More

The Trump announced yesterday that it is rolling back regulations on how power plants can dispose of coal ash – a move that environmental groups say will threaten drinking water. The coal industry petitioned for the change, which extends by 18 months the time that the industry can use unlined coal ash ponds and groundwater-adjacent sites for dumping.
Read More 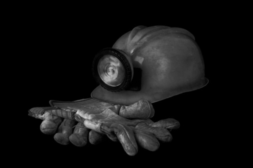 Story of workers’ rights remains important part of history more than a century later
It’s been more than 100 years since approximately two dozen miners, including women and children, were killed in what is known as the Ludlow Massacre (or the Colorado Coal Field War). The tent colony in Ludlow, Colo., was inhabited by some 1,200 striking coal miners — some of them recent immigrants — seeking safer working and better living conditions and better pay.
Read More

Health care and pension funds covering tens of thousands of retirees throughout the Appalachian and Midwestern coalfields are “rapidly deteriorating,” according to the United Mine Workers of America (UMWA).
Read More

"What is it about these senior citizens Congress doesn’t like?"

Retirement security for tens of thousands of retired coal miners and their dependents failed to make it into the $1 trillion+ spending bill recently passed by Congress – an omission that angers the United Mine Workers of America (UMWA).

Recent contributions totaling $60 million dollars to the Sierra Club's Beyond Coal campaign -- including a hefty donation from former New York City mayor Michael Bloomberg -- are angering the United Mine Workers of America (UMWA), which calls the campaign an attack on coal miners and their families. 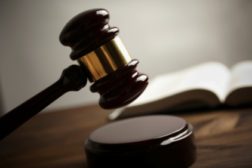 A legal challenge to the EPA’s rule limiting mercury and other toxic emissions from power plants was shot down yesterday by the three-judge panel of the U.S. Court of Appeals for the D.C. Circuit.