Items Tagged with 'drug use'

The National Safety Council (NSC), in partnership with more than 50 organizations and companies nationwide, released a comprehensive, inclusive strategy to address opioid misuse that all presidential candidates – regardless of party – should either adopt in full or use to close gaps in existing plans and policies.

The U.S. Department of Labor (DOL) has announced an opioid-crisis National Health Emergency Dislocated Worker Grant for up to $6,281,891 – with $2,093,964 released initially – awarded to the Maine Department of Labor. The grant will support disaster-relief jobs and provide employment services to eligible individuals in Maine communities affected by the health and economic impact of widespread opioid use, addiction and overdose.
Read More

People who live in U.S. counties where automobile assembly plants close are much more likely to die of opioid overdoses than the general public, according to a study published on the JAMA network. Researchers compared data between counties with automotive plants that were closed between 1999 and 2016 with those that remained open. Automotive assembly plant closures were associated with a statistically significant increase in county-level opioid overdose mortality rates among adults aged 18 to 65 years. 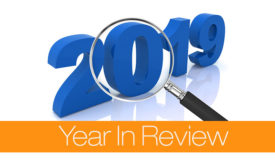 The role of veterinarians in the opioid crisis

Julie Tisdale-Pardi MA Lee S. Newman MD, MA Lilliana Tenney MPH
More than 399,000 people died from overdoses involving prescription and illicit opioids from 1999-2017.[i] There are many efforts to educate physicians and dentists about their roles and responsibilities in addressing this national crisis. But what about veterinarians? Animals, like humans, may receive opioids for pain.
Read More

Wearable safety tech for construction workers, Uber automated vehicles are unsafe at any speed and the toll of antibiotic resistant infections in the U.S. were among the top occupational safety and health stories featured on ISHN.com this week.
Read More

That CBD wellness product you’re using could cause you to fail a workplace drug test. That’s according to an admittedly small study out of Johns Hopkins Medicine, in which researchers found that a single vaping episode of cannabis that is similar in chemical composition to that found in legal hemp products could possibly result in positive results on urine drug screening tests commonly used by many employers and criminal justice or school systems.
Read More

A report by the Massachusetts Department of Public Health (DPH) shows a strong correlation between hazardous jobs and opiate addiction and overdoses in that state. The 21-page study titled Opioid-related Overdose Deaths in Massachusetts by Industry and Occupation, 2011-2015 found that there were a total of 5,580 opioid-related overdose deaths in Massachusetts from 2011 through 2015. Of the 4,284 worker death certificates deemed comprehensive enough to study, 1,096 were found to be employed in construction/extraction.
Read More

NSC to employers: Allow NO cannabis use among workers in safety sensitive positions

Employers who are struggling to understand how the evolving cannabis legalization landscape will impact their workplaces are getting some guidance from the National Safety Council (NSC). Regardless of whether cannabis consumption is allowed by their state, the NSC says employers should prohibit cannabis use for those in safety sensitive positions.
Read More
More Articles Tagged with 'drug use'
Subscribe For Free!
More Videos