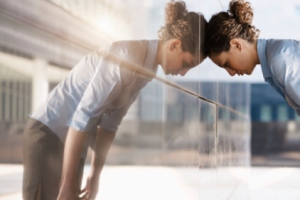 But a more objective measure of bullying in the workplace doesn't seem to predict depression risk, according to the study by Maria Gullander, MSc, of Bispebjerg University Hospital, Copenhagen, and colleagues.

The researchers analyzed data on two groups of Danish workers, totaling nearly 5,200 individuals. On an initial questionnaire in 2006-07, the workers provided information on perceived and witnessed episodes of bullying at work. Subsequent development of depression was assessed at follow-up evaluations performed two to five years later. During this time, 147 new cases of depression occurred.

Twice to ten times as high

Workers who reported being bullied at work were more likely to develop depression. With adjustment for certain personality traits, the risk of new-onset depression was about twice as high for workers reporting occasional bullying, and nearly 10 times higher for those who said they were bullied frequently.

The researchers were interested in seeing if the percentage of employees who said they witnessed bullying, as a more objective indicator of bullying in the workplace, was related to depression risk. However, workers in departments with higher rates of witnessed bullying were no more likely to develop depression.

Bullying at work has been linked to adverse effects on employee health. If bullying increases the risk of depression, which is one of the most costly health problems, it could have important implications for preventive measures to promote employee health.

The new study finds a strong association between workers' perceptions of being bullied and their later risk of developing depression. But the implications for workplace health promotion may not be clear-cut, as the rate of witnessed bullying doesn't seem to affect depression risk. Ms. Gullander and coauthors highlight the need for “more reliable methods for measuring workplace bullying.”

ACOEM (www.acoem.org) is an international society of 4,500 occupational physicians and other health care professionals, provides leadership to promote optimal health and safety of workers, workplaces, and environments.