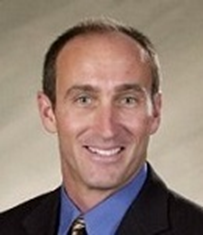 Industrial Scientific, the global leader in Gas Detection as a Service, announced today that Steve Piotraczk has been hired as the Vice President of Americas Sales. In this role, Steve assumes overall responsibility for Industrial Scientific’s sales functions in the United States, Canada, Latin America, and South America.

Steve has more than 30 years of experience across sales, marketing, manufacturing, and general management. He most recently served as the vice president of innovation sales in financial services at SAP. In this role, he was commercially responsible for a large technology, analytics, and mobility business. Additionally, Steve managed sales at SAP in the areas of supply chain, procurement, and manufacturing.

“Throughout Steve’s career, he has demonstrated the ability to lead high-performance sales teams in the service of their customers,” said Kevin Miller, vice president and chief operating officer. “We’re excited for him to help Industrial Scientific drive towards its mission."

“I’m honored to join a company that has a noble vision to end death on the job in this century,” said Steve. “I look forward to leading the sales teams and helping to make significant progress toward realizing this vision in the months and years ahead.;

To learn more about Steve’s professional background, view his profile on LinkedIn.

As the global leader in gas detection, Industrial Scientific provides gas detection products and services that keep workers safe in hazardous environments. The company’s more than 700 employees in 25 countries are committed to preserving human life, and have dedicated their careers to ending death on the job in this century. Established in 1985 and headquartered in Pittsburgh (USA), Industrial Scientific also has operations based in Arras (France), Dortmund (Germany), and Shanghai (China), and provides technical services to customers from local service centers around the world. Industrial Scientific is the parent company to Predictive Solutions Corporation (www.predictivesolutions.com). For more information, visit www.indsci.com.