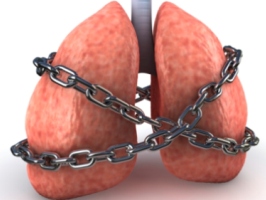 A 20-year study finds that millennial children in Southern California breathe easier than ones who came of age in the ‘90s, for a reason as clear as the air in Los Angeles today.

The University of Southern California Children’s Health Study measured lung development between the ages of 11 and 15 and found large gains for children studied from 2007 to 2011, compared to children of the same age in the same communities from 1994-98 and 1997-2001.

The gains in lung function paralleled improving air quality in the communities studied, and across the Los Angeles basin, as policies to fight pollution took hold.

The research appears in the March 5, 2015 issue of the New England Journal of Medicine.

Many studies have measured the health effects of pollution by comparing locations with different air quality. The challenge lies in ruling out other factors that may account for health differences between communities.

By following more than 2,000 children in the same locations over two decades and adjusting for age, gender, ethnicity, height, respiratory illness and other variations, the study provides stronger evidence that improved air quality by itself brings health benefits – benefits which last a lifetime for children breathing cleaner air during their critical growing years.

“We saw pretty substantial improvements in lung function development in our most recent cohort of children,” said lead author W. James Gauderman, professor of preventive medicine at the Keck School of Medicine of USC, noting this was the first good news from the long-running study.

“It’s strange to be reporting positive numbers instead of negative numbers after 20 years.”

Widely-covered previous findings from the study showed an increase in stunted lung development for children in areas with heavy air pollution, as well as a higher risk of asthma for children living near busy roadways.

Combined exposure to two harmful pollutants, nitrogen dioxide (NO2) and particulate matter of diameter under 2.5 microns (PM2.5), fell approximately 40 percent for the third cohort of 2007-2011 compared to the first cohort of 1994-98. The study followed children from Long Beach, Mira Loma, Riverside, San Dimas and Upland.

Children’s lungs grew faster as air quality improved. Lung growth from age 11 to 15 was more than 10 percent greater for children breathing the lower levels of NO2 from 2007 to 2011 compared to those breathing higher levels from 1994-1998.

That compares to 2.5 percent by age 18 for children from the first two cohorts who lived in cities with cleaner air, such as Lompoc and Santa Maria. Cuts in federal funding forced the researchers to exclude those cities in the last cohort and focus only on areas with heavier air pollution.

“Reduced lung function in adulthood has been strongly associated with increased risks of respiratory disease, cardiovascular disease, and premature death," said Gauderman. "Improved air quality over the past 20 years has helped reduce the gap in lung health for kids inside, versus outside, the L.A. basin."

The growing years are critical for lung development. The researchers are monitoring lung function in a group of adults who participated in the study as adolescents. So far they have not found evidence of a rebound after the teenage years.

“Their lungs may have lost the opportunity to grow any more,” Gauderman suggested.