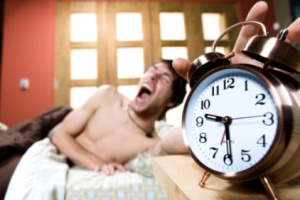 Do you frequently feel tired or run down? Do you suddenly feel a lack of energy?

If so, you are part of a large group, according to the Harvard Medical School.

Fatigue is one of the most common problems patients report to their doctors. As many as 14% of men and 20% of women say they feel "frequently fatigued", and in a survey of more than 17 million people ages 51 and up; 31% reported the symptom of fatigue.

Fatigue is a symptom, not a disease, and can have many different causes. Fatigue can be the result of overexertion, stress, or lack of sleep. Your exhaustion may be due to some of the physical changes that accompany aging. In other cases, fatigue can be a sign that something is amiss and should be brought to the attention of your doctor.

For example, fatigue is one of the main symptoms of a number of conditions - including depression, heart failure, multiple sclerosis, anemia, and diabetes - all of which require medical attention.

It's critical to understand the nature of your fatigue, possible causes, and remedies and lifestyle changes that will help relieve fatigue and boost your energy.

For example, the fatigue you feel at the end of a long day or after a time zone change might feel similar to the fatigue resulting from an illness. The difference is that fatigue from stress or lack of sleep usually subsides after a good night’s rest, while other fatigue is more persistent and may be debilitating even after restful sleep.

● The changing views of fatigue

● The influence of aging on energy levels

● The causes of fatigue

● When to see a doctor