Fourth time not a charm for food company 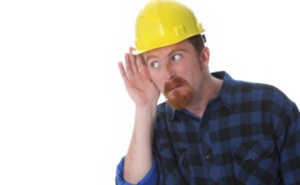 OSHA has cited Anaheim, Calif.-based Bridgford Foods Corp. for 27 safety and health violations at its food manufacturing facility in Dallas, Texas, with proposed penalties totaling $422,600. The violations include, among others, failing to establish and maintain a hearing conservation program for workers exposed to noise hazards beyond the permissible exposure limit, and failing to establish a lockout/tagout program for energy sources to protect workers from machines starting up unexpectedly.

"Bridgford Foods has a history of failing to implement necessary safety and health programs to prevent the unexpected start-up of machines and prevent hearing loss," said OSHA Regional Administrator John Hermanson in Dallas.

OSHA's investigation of the facility on South Good Latimer Expressway found 20 serious violations carrying $129,000 in penalties. They include failing to provide guardrails on mixers, ovens and ice machines; provide machine guarding to prevent workers from coming into contact with rotating parts; develop energy control procedures for machinery with more than one energy source; and ensure that employees were trained on the use of energy control procedures.

Six repeat violations, with penalties of $292,500, include failing to provide training on the hazards of electrical equipment, ensure that workers operating powered industrial trucks are evaluated at least every three years, establish and maintain an audiometric testing program, and train employees on hearing protection who are exposed to noise levels at or above an 8-hour time-weighted average of 85 decibels. A repeat violation exists when an employer previously has been cited for the same or a similar violation of a standard, regulation, rule or order at any other facility in federal enforcement states within the last five years. OSHA cited the company for similar violations in February 2008 with penalties of $8,000, in September 2008 with penalties of $33,900, and again in January 2010 with penalties of $106,000.

One other-than-serious violation, with a penalty of $1,100, was cited for failing to post a copy of the hearing conservation standard in the workplace.

OSHA has placed Bridgford in its Severe Violator Enforcement Program, which mandates targeted follow-up inspections to ensure compliance with the law. Initiated in June 2010, the program focuses on recalcitrant employers that endanger workers by committing willful, repeat or failure-to-abate violations. For more information on SVEP, visit s.dol.gov/J3.