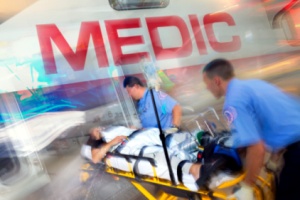 The National Institute for Occupational Safety and Health (NIOSH) and partners in the U.S. Centers for Disease Control and Prevention (CDC) announced revised and updated resources to help prevent exposures of emergency response employees to potentially life-threatening infectious diseases in the line of duty.

The resources include:
• A list of potentially life-threatening infectious diseases, including emerging infectious diseases, and specifying those diseases routinely transmitted through airborne or aerosolized means.
• Guidelines describing the circumstances in which emergency response employees may be exposed to such diseases while attending to or transporting victims of emergencies.
• Guidelines for medical facilities making determinations whether such exposures have occurred.

The action was taken as a result of provisions in the Ryan White HIV/AIDS Treatment Extension Act of 2009. In the reauthorization, Congress directed the U.S. Department of Health and Human Services to update resources originally compiled under the Ryan White Comprehensive AIDS Resources Emergency Act, enacted in 1990.

The Secretary of Health and Human Services delegated the task to CDC. NIOSH and CDC’s Division of Healthcare Quality Promotion (DHQP) worked together to develop the required list and guidelines, incorporating input from stakeholders that was received via a public comment process. NIOSH was created under the Occupational Safety and Health Act of 1970 and is a part of CDC.

The updated list of potentially life-threatening infectious diseases which emergency response employees occupationally may be exposed include all that were in an earlier list under the 1990 Ryan White Act:
• Diphtheria
• Hepatitis B
• HIV, including AIDS
• Tuberculosis
• Viral hemorrhagic fevers
• Meningococcal disease
• Plague, pneumonic
• Rabies