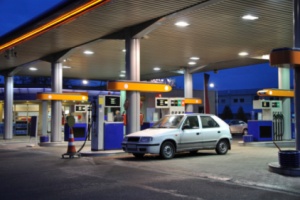 The U.S. Department of Labor's Occupational Safety and Health Administration has cited Coomes Oil & Supply Inc., doing business as the 5th Wheel BP gas station in St. Augustine, and Florida Rock & Tank Lines Inc. for safety hazards after an employee of the latter company was burned in an explosion at the station in August.

A Florida Rock & Tank Lines delivery driver was refilling an above-ground gasoline storage tank that had a broken gauge. The tank overflowed, and the combination of vapors and heat from the running delivery truck caused an explosion. OSHA's inspection found that the gas station and Florida Rock & Tank Lines decided to refill the storage tank even though the liquid level gauging system was inoperable.

Florida Rock & Tank Lines has been cited for one willful violation with a proposed penalty of $70,000 for failing to provide a means for the delivery driver to determine if the storage tank had enough capacity for additional gasoline. A willful violation is one committed with intentional knowing or voluntary disregard for the law's requirements, or with plain indifference to worker safety and health.

Coomes Oil & Supply has been cited for one serious violation with a proposed penalty of $7,000 for failing to provide employees and delivery drivers a means to determine the gasoline levels in the above-ground storage tank. A serious violation occurs when there is substantial probability that death or serious physical harm could result from a hazard about which the employer knew or should have known.

"Despite the fact that safety gauges and devices were inoperable, the employers chose to proceed with the operation and risk the lives of their employees," said Brian Sturtecky, OSHA's area director in Jacksonville. "Unfortunately for the injured employee, the two companies involved in this explosion learned a safety lesson by means of a terrible incident instead of taking the steps they should have to protect their workers in the first place."