This website stores data such as cookies to enable important site functionality including analytics, targeting, and personalization. View our privacy policy.
Home » Who we are determines what we eat - in U.S., anyway
HealthToday's News

Who we are determines what we eat - in U.S., anyway 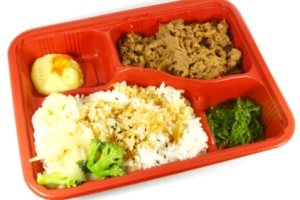 Scientists say they have identified five eating patterns for U.S. adults that are strongly influenced by age, race, region, gender, income and education.

Presenting their findings at the American Heart Association’s Epidemiology and Prevention/Nutrition, Physical Activity and Metabolism 2012 Scientific Sessions, the scientists said the five dietary patterns are:

They based the patterns on results of food frequency questionnaires of 21,636 black and white adults ages 45 and older. This 110-food-item questionnaire was designed to estimate the usual and customary intake of a wide array of nutrients and food groups.

• Blacks were more likely than whites to eat a Southern dietary pattern.

• Men, people making less than $35,000 a year and those who weren’t college graduates were more likely to follow the Southern pattern of eating than women, those who made more money, or those who were more educated.

• Blacks tended to not eat the alcohol dietary pattern.

• People ages 45 to 54 tended to eat a traditional dietary pattern.

• Those 75 years and older were likely to not eat the traditional dietary pattern.

Superior Glove: About us (or, who we are and why we do it!)

U.S. job health and safety in Washington 2015 – What can we expect?

POSITIVE SAFETY CULTURES: "What are we doing right?"

EDITORIAL COMMENTS: Are we irrelevant or what?