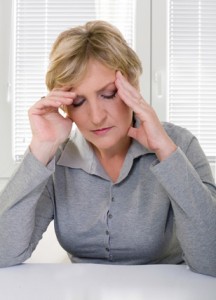 Can you remember a public opinion poll in the U.S. on job safety issues? I can’t. But in Europe it is a different story.

The European Agency for Safety and Health at Work (EU-OSHA) commissioned Ipsos MORI to develop and conduct a survey of the general public about occupational health and safety.

Here are the questions:

● Do you think the number of people suffering from job-related stress will increase, decrease or stay around the same over the next five years?

● How much do you agree or disagree with the following statement:
In order to be economically competitive, workplaces need to follow good health and safety practices? (Strongly agree | Tend to agree | Neither agree nor disagree | Tend to disagree | Strongly disagree)

1 — Job stress will only increase

Around eight in ten of the general public across Europe think that the number of
people who will suffer from stress over the next five years will increase (77%), with as
many as 49% expecting this to ‘increase a lot’. While not directly comparable, the
ESENER survey similarly found around three-quarters of managers who think stress
is an issue (79%).

Views differ to some extent between the active (working) and inactive
population (80% and 75% expect job-related stress to increase), with workers
significantly more likely to expect it to ‘increase a lot’ (52% vs. 46%).

Most Europeans agree that good occupational safety and health practices are
necessary for economic competitiveness (86% across Europe agree; 56% ‘strongly
agree’).

Views are similar among the active (working) and inactive population (86%
and 85% agree respectively).

Among the general public, there is some variation by age, with 61% of those
aged 55+ ‘strongly agreeing’ compared to 49% of those aged under 35.

Regional differences are not particularly apparent, although there are some
noticeable national differences within regions. Cyprus has the highest
proportion of people who ‘strongly agree’ that workplaces need to follow good
occupational health and safety practices in order to be economically
competitive (81%) while Spain has the lowest (35% ‘strongly agree’).

3 — Good occupational health and safety practices are important to help people work longer before they retire (87%, including 56% who say they are ‘very important’).

This high level of agreement is evident across all age groups and types of
employment..

There is broad consensus that good occupational health and safety practices are
important to help people work longer before they retire (87%, including 56% who say
they are ‘very important’).

4 — Most employees confident safety problems will be addressed

On the whole, workers feel confident that an occupational health and safety problem
raised with a supervisor would be addressed (74%, including 40% ‘very confident’),
although again a significant minority are not confident about this (23%, including 7%
‘not at all confident’).

Regional patterns are evident with the Nordic countries and North Western Europe most likely to feel confident that a health and safety problem raised would be addressed and the South Eastern and Southern European countries least likely.

5 — 80% of workers feel well-informed about safety and health

Organisation size also appears to affect the extent to which employees feel informed. For example, 42% of those who work in large organisations (with 250+ employees) consider themselves ‘very well informed’ compared to only 28% in companies with less than 10 employees.

Similar regional differences are apparent with the Nordic countries and those in North Western Europe most likely to feel ‘very well informed’ and South Eastern and Southern European countries the least.