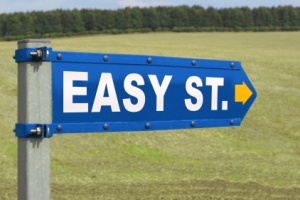 A majority of adults nationwide continues to believe that those who work for the government have it easier than those in the private sector and get paid more for it.

Just eight percent (8%) say government employees are the harder workers, but another 25% are undecided.
The survey question is listed below:
1 Do you know anyone who is out of work and looking for a job?

2 Do you know anyone who, out of frustration with the difficult job market, has given up looking for a job?

5 If people can’t find work after an extended period of time, should the federal government hire them, pay for their retraining, extend their unemployment benefits indefinitely or do nothing at all?

8 Who works harder, government workers or workers in the private sector?

The survey of 1,000 Adults was conducted on April 1-2, 2012 by Rasmussen Reports. The margin of sampling error is +/- 3 percentage points with a 95% level of confidence. Fieldwork for all Rasmussen Reports surveys is conducted by Pulse Opinion Research, LLC. See methodology.