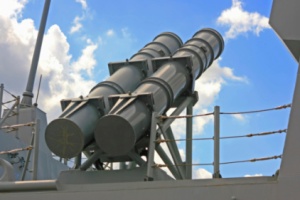 The United Steelworkers union (USW) says a bill set to come before the U.S. House would gut health and safety standards at Department of Energy (DOE) weapons sites and put workers at DOE facilities, and residents of neighboring communities, at greater risk of exposure to hazardous materials and radiation.

USW International President Leo W. Gerard raised those concerns in a letter sent to Rep. Howard P. “Buck” McKeon, (R-Calif.), chairman of the House Armed Services Committee. The committee approved the bill, the National Defense Authorization Act (NDAA) for 2013, which is scheduled for a vote before the full House this week.

Gerard said many USW members at DOE facilities deal with operations that are completely unique to the DOE. As a result of these threats, more specific worker safety orders are necessary to provide the proper protection. Unfortunately, the bill would eliminate those protections and turn back the clock on long-established standards in nuclear safety.

“This legislation would strip away the gains in radiation safety that have been made over the past half century,” Gerard wrote. “This will result in today’s workers being our next generation of occupational disease victims.”

USW leaders also are working with leaders in the Senate, as well as White House officials, to raise awareness of the dangers of the House bill.

“It is critical that we stop this effort in its tracks,” said USW Vice President Carol Landry. “We can’t afford to let the provisions in this bill take worker safety backwards, literally, by decades.”

To see the Gerard letter in its entirety, click here.

The USW represents about 850,000 working men and women in the United States and Canada in a wide variety of industries, ranging from glass making to mining, paper, steel, tire and rubber and other manufacturing environments, to the public sector, service and health care industries.

What would pregnant worker accommodation bill mean to employers?