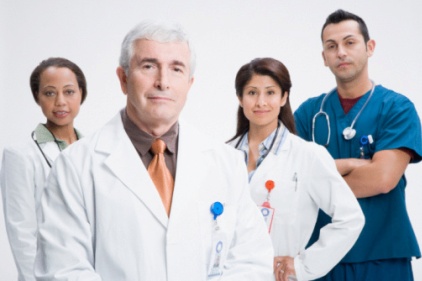 In a survey of 125 primary care doctors, the researchers found that while doctors agreed with older recommendations to curtail routine screening in men over age 75 and among those not expected to live 10 or more years, a large number said they faced significant barriers to stopping PSA testing in men who had been receiving it regularly. The most frequently cited reason by 74.4 percent of physicians was, “My patients expect me to continue getting yearly PSA tests,” followed by 66 percent of them who said, “It takes more time to explain why I’m not screening than to just continue screening.” More than half of those surveyed in the new study believed that, “By not ordering a PSA, it puts me at risk for malpractice.”

“It can be very difficult for doctors to break down the belief that all cancer screening tests are invariably good for all people all the time,” says Craig E. Pollack, M.D., M.H.S., an assistant professor in the Division of General Internal Medicine at the Johns Hopkins University School of Medicine, and leader of the study published online in the journal Cancer. “Everyone agrees that PSA screening isn’t as good as we want it to be. If we had a test that was a slam dunk, it would be different. But now we know that for many men, the benefits may be small and the harms significant.”

Each year, more than 33,000 American men die of prostate cancer, and 20 million get the PSA test to detect the disease early.

According to the USPSTF, evidence suggests the potential harms caused by PSA screening of healthy men as a means of identifying prostate cancer outweigh its potential to save lives and that routine annual screening should be eliminated in the healthy. Elevated PSA readings are not necessarily evidence of prostate cancer, and can lead to unnecessary prostate biopsy. In addition, even when biopsies reveal signs of prostate cancer cells, evidence shows that a large proportion will never cause harm, even if left untreated. The disease in older men often progresses slowly so that those who have it frequently die of other causes.

Treatments for prostate cancer can include the removal of the prostate, radiation or other therapies, each of which has the potential to cause serious problems like erectile dysfunction, complete impotence, urinary incontinence or bowel damage. And men who choose to “watch and wait” after elevated PSA readings must live with the anxiety of knowing they have an untreated cancer that could start to progress.

In the new study, Pollack and his colleagues found that while most physicians said they took age and life expectancy into account when deciding to order PSA screening, many also said they had a hard time estimating life expectancy in their patients and could use a better tool. H. Ballentine Carter, M.D., a professor of urology at Johns Hopkins and the senior investigator on the study, is planning to investigate the potential of individualized prostate cancer screening recommendations. Specifically, he and colleagues plan to create a decision-making tool that incorporates age, life expectancy, family history and prior PSA results in order to help doctors and their patients make better choices for prostate cancer screening.

“Men often expect PSA screening to be part of their annual physical,” Pollack says. “To change their minds, we need to address their perceptions about screening, allow time for screening discussions and reduce concerns regarding malpractice litigation.”