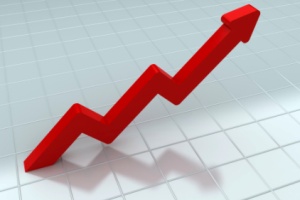 According to recently finalized revisions to the 2010 Census of Fatal Occupational Injuries (CFOI) counts,  fatal work injuries in the U.S. in 2010 totaled 4,690 -- up from the preliminary count of 4,547 reported in August 2011. The final 2010 total was the second lowest annual total since the fatal injury census was first conducted in 1992. As a result of the increase, the overall 2010 fatal work injury rate for the U.S. rose slightly from 3.5 to 3.6 fatal injuries per 100,000 full-time equivalent workers.

The final numbers reflect updates to the 2010 CFOI file made after the release of preliminary results in August 2011. Revisions and additions to the 2010 CFOI counts result from the identification of new cases and the revision of existing cases based on source documents received after the release of preliminary results. A table summarizing the results of the update process appears on the next page.

Among the changes resulting from the updates:

• Workplace suicides were higher by 12 cases after the updates, bringing the workplace suicide total in 2010 to 270 cases—the highest annual total ever reported by the fatal injury census. In contrast, the final number of workplace homicides in 2010 (518) was the lowest ever for the series.

• Highway incidents were higher by 76 cases (or 8 percent) from the preliminary count, bringing the total number of fatal work-related highway incidents in 2010 to 1,044 cases. The final 2010 highway incident count was 6 percent higher than the final 2009 final number, but was still the second lowest annual total ever reported by the program.

•The largest net increase in fatal work injuries among occupations involved drivers of tractor trailer or other heavy trucks. The total for this occupation rose from 577 cases to 610 after updates were added—an increase of 6 percent.

• Overall, 30 States revised their counts upward as a result of the update process.

The CFOI Program has compiled an annual count of all fatal work injuries occurring in the U.S. since 1992 by using diverse data sources to identify, verify, and profile fatal work injuries. For more information, see Chapter 9 of the BLS Handbook of Methods, available online at www.bls.gov/opub/hom/homch9.htm#census_fatal.

The revised data can be accessed using the following tools: Create Customized Tables (Multiple Screens) and the Online Profiles System. The original August 2011 press release with the preliminary results can be found here: National Census of Fatal Occupational Injuries in 2010. Additional tables and charts can be found on the CFOI homepage and on the CFOI State page.