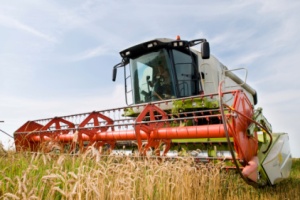 Minnesota experienced a significant drop in workplace fatalities in 2011, according to data from the U.S. Bureau of Labor Statistics (BLS).

Preliminary data from the BLS's Census of Fatal Occupational Injuries shows that there were 60 fatalities from work injuries in Minnesota in 2011. This is 10 less than the final number of 70 fatal work-injury cases in 2010. In addition, this year also fell below the average of 69 work injury fatalities from 2006 to 2010.

The report states that the most dangerous industries in Minnesota regarding fatal work injuries in 2011 are:

Farmers and ranchers had the highest number of work injury fatalities with 19 fatalities -- 10 less than last year. Construction had 16 fatal work injuries in 2011, which is an increase of 7 from 2010.

Most of the injuries were caused by contact with objects and equipment, with 19 incidents according to the Minnesota Department of Labor and Industry. The second-most common cause of injury was transportation accidents, notably in the agriculture, forestry, fishing and hunting industry, causing 16 fatal work injuries in 2011. Falls were the third-most common cause of fatal work injuries in Minnesota in 2011, with 14 fatalities resulting from a fall.

The Minnesota Department of Labor and Industry also reports that male workers accounted for 57 of the 60 fatally injured workers in Minnesota in 2011. One-third of the fatalities were among workers age 55 and older, most in the agriculture, forestry, fishing and hunting industry.