Fire and fireworks tips for the 4th of July holiday 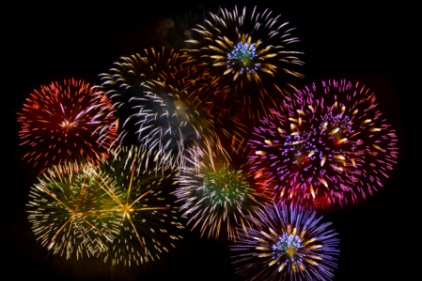 Just weeks into summer 2012, the University of Michigan Trauma Burn Center has already seen a number of burn injuries in children related to popular summer activities.

Over the Memorial Day holiday, three children were treated for burn injuries from campfires that were not properly extinguished. Such burns can happen at public parks, and they injured the child of local fireman Joel Cameron. Two years ago, his daughter walked over a hot pile of ash from a campfire the night before and received second and third degree burns.

Cameron understands that people can be unaware about how to put out a fire and dispose of the ashes correctly, but he doesn’t think that should be a reason to allow children to get hurt.

“I would start by trying to pour water on the ashes if you cannot find a proper disposal container,” he says. “You don’t want to put sand on top of them, because that just insulates them and keeps the coals hot. If you can’t find anything to dispose the ashes in, find a park ranger.”

With the Independence Day holiday, the U-M Trauma Burn Center anticipates an increase in firework-related injuries.

Amber Miller knows firsthand how dangerous sparklers can be after her son’s shirt caught fire. Her five-year-old son was recently admitted to the Trauma Burn Center, and will undergo surgery for severe burns he sustained to his chest. Her son obtained the sparkler from another adult in the neighborhood.

“I want other parents to know how dangerous sparklers can be, children should not have access to them,” Miller says. “I never thought that this would ever happen to my child or that we would be spending our 4th of July holiday in the hospital.”

According to Mark R. Hemmila, M.D., an associate professor of surgery at the U-M Medical School and an attending faculty member on the Trauma Burn service, burn injuries are common in the summer months, especially among children.

“Fireworks can cause a wide range of injuries including severe burns or loss of function. They can cause trauma to the hand or the face when they explode in close proximity to someone,” he says. “Small bits and pieces of a firework, after it has exploded, can also end up in a patient’s skin and create a tattooing affect that is very hard for physicians to eliminate.”

Kathleen Ninivaggi also knows firsthand the potential dangers of fireworks. When her family was vacationing at Myrtle Beach, SC, she was unaware that her teenage children purchased an array of fireworks. All it took was a small firecracker that bounced off the balcony into some shrubbery to ignite a fire which consumed the house and forced the entire family to evacuate.

According to Ninivaggi, not many parents seem to be aware of the recent legalization of fireworks in Michigan. She urges families to have a serious talk before they decide to purchase them.

Brighton, MI fire chief Michael O’Brian believes that the legalization of the fireworks is sure to cause problems. “I think that with the newness and unfamiliarity, you’re going to see increased injuries and increased fires,” he says. “Hopefully we can keep them out of the hands of minors, but it’s almost like they’re going to become too prevalent.”

O’Brian advises consumers to be aware of what they’re buying. If they aren’t, they should be sure to ask the owner or operator of the store or stand about what the firework does and any safety precautions they should take. And if the provider doesn’t know? Go elsewhere.