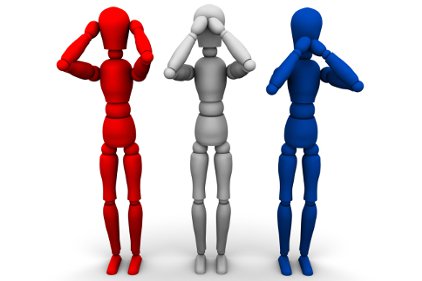 Telling the truth when tempted to lie can significantly improve a person’s mental and physical health, according to a “Science of Honesty” study presented at the American Psychological Association’s 120th Annual Convention.

“Recent evidence indicates that Americans average about 11 lies per week. We wanted to find out if living more honestly can actually cause better health,” said lead author Anita E. Kelly, PhD, professor of psychology at the University of Notre Dame. “We found that the participants could purposefully and dramatically reduce their everyday lies, and that in turn was associated with significantly improved health.”

Kelly and co-author Lijuan Wang, PhD, also of Notre Dame, conducted the honesty experiment over 10 weeks with a sample of 110 people raning in age from 18 to 71 years.

Approximately half the participants were instructed to stop telling major and minor lies for the 10 weeks. The other half served as a control group that received no special instructions about lying. Both groups came to the laboratory each week to complete health and relationship measures and to take a polygraph test assessing the number of major and white lies they had told that week.

Over the course of 10 weeks, the link between less lying and improved health was significantly stronger for participants in the no-lie group, the study found. For example, when participants in the no-lie group told three fewer white lies than they did in other weeks, they experienced on average about four fewer mental-health complaints, such as feeling tense or melancholy, and about three fewer physical complaints, such as sore throats and headaches, the study found. In contrast, when control group members told three fewer white lies, they experienced two fewer mental-health complaints and about one less physical complaint. The pattern was similar for major lies, Kelly said.

Compared to the control group, participants in the more truthful group told significantly fewer lies across the 10-week study, and by the fifth week, they saw themselves as more honest, Kelly said. When participants across both groups lied less in a given week, they reported their physical health and mental health to be significantly better that week.

In weeks when participants told fewer lies, they reported that their close personal relationships had improved and that their social interactions overall had gone more smoothly that week, the study revealed. “Statistical analyses showed that this improvement in relationships significantly accounted for the improvement in health that was associated with less lying,” said Wang, who is a statistician.

At the end of the 10 weeks, participants in the no-lie group described their efforts to keep from lying to others in their day-to-day interactions. Some said they realized they could simply tell the truth about their daily accomplishments rather than exaggerate, while others said they stopped making false excuses for being late or failing to complete tasks, Kelly said. Others said that they learned to avoid lying by responding to a troubling question with another question to distract the person, she said.

Because the findings are new they will be submitted for scientific review and publication later this year, Kelly said.