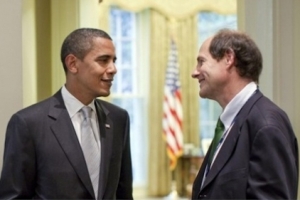 Safety advocates will not be throwing a going away party for Cass Sunstein, who recently stepped down as administrator of the Office of Information and Regulatory Affairs (OIRA).

Sunstein’s orders to government agencies to search for obsolete rules imposed an unjustified time and cost burden on them, according to OMB Watch, a nonprofit research and advocacy organization.

“No one is in favor of outmoded, ineffective, duplicative, or unnecessary regulation,” according to a statement from the group. “But judgments about what rules are necessary or effective are in the eye of the beholder: the same rules that save the lives of consumers and workers may be viewed as burdensome by the firms that have to follow them. “

OMB watch said protective legislation is necessary because businesses “too often put profits above public safety” and fail to raise safety standards without adequate economic incentives. “So it is not surprising that businesses complain about rules.”

However, Sunstein’s attempt to establish a “culture of retrospective review and analysis” (Executive Order 13563, issued in January 2011) at OIRA, in which agencies were directed to look for “outmoded, ineffective, insufficient, or excessively burdensome” rules to repeal (Executive Order 13610) forced them to spend precious staff time looking back at old rules instead of forward at new risks.

“This emphasis on the retrospective review of rules was both unwise and unnecessary, a solution in search of a problem,” said OMB Watch.

Regulations that impose an economic burden

The group said there is already a mechanism in place for dealing with regulations that are outdated or that create an unnecessary economic burden: the Administrative Procedure Act, which allows interested parties to petition the responsible agency to eliminate or ease the regulation.

“There is no reason for agencies to spend their limited resources searching for evidence of regulatory burdens that businesses have not bothered to identify. This can consume a large amount of agency resources, and agencies have tools other than rulemaking to address these concerns. They can choose not to enforce obsolete rules and let the regulated parties know that the agency will accept alternative forms of compliance. This is a more streamlined and efficient way to hand obsolete rules. “

OMB Watch also pointed to section 610 of the Regulatory Flexibility Act, which requires executive branch agencies to periodically review rules that have a significant impact on small businesses for 10 years after the rule has been put in place to determine whether the rule should be amended. The “look back legacy” of Sunstein’s term was fixing “a problem” that didn’t really exist.