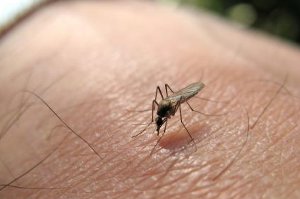 The number of cases of West Nile virus has grown dramatically in recent weeks and public health experts suggest that if the trend continues, this year’s outbreak may rank among the largest in U.S. history.

According to data from state health departments compiled by the Centers for Disease Control and Prevention (CDC), 47 states have reported West Nile virus infections in people, birds or mosquitoes so far this year. A total of 1,118 cases of West Nile virus disease in people, including 41 deaths, have been reported to CDC, which is the greatest number of cases reported through this time of year since 1999, when the virus was first detected in the United States.

“These data … indicate that we’re in the midst of one of the largest West Nile virus outbreaks ever seen in the United States,” reported Lyle Petersen, director of CDC’s Division of Vector-borne Infectious Diseases, during a telebriefing.

“People around the country are understandably very concerned about the outbreak,” said Petersen. “Especially in hard-hit areas like Texas, where almost half of the cases have been reported.”

As of Wednesday, the Texas Department of State Health Services confirmed 640 human casesof West Nile illness in Texas this year, including 23 deaths. Eleven of those deathsoccurred in Dallas County, where the mayor has declared a state of emergency.

The number of deathsin Texas is greater than any year since 2006, when there were 33 deaths attributable to West Nile virus.

CDC said it’s not clear why the number of cases is greater this year than in recent years. Weather may be a contributing factor, with a mild winter followed by an early spring and a hot summer in many parts of the country possibly creating a more hospitable environment for mosquitoes, the primary mode of transmission.

According to David Lakey, commissioner for the Texas Department of State Health Services, aerial spraying of insecticides to control mosquitoes began in Dallas County last Thursday and concludes tonight.