One a day: Florida’s workers die at a high rate 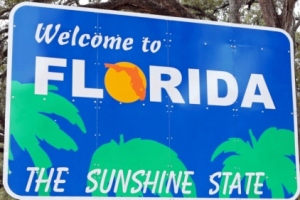 It may have year-round sunshine and play host to “the happiest place on earth,” but Florida’s dismal work-related fatality statistics reveal another side of the state.

A recent report issued by Florida’s Department of Health, Occupational Health and Safety Program (OSHP) based on 2007 data (the most recent figures available), the state ranked third nationally for work-related fatalities. The 363 workers who died in Florida that year represented nearly one death per day.

Using figures from the Bureau of Labor Statistics (BLS) Census of Fatal Occupational Injuries (CFOI) and the BLS Current Population Survey, the OSHP found that the most common fatal incident types were those involving transportation accidents (38%), assaults and violent acts (19%—predominantly shootings), and falls (17%).

With workplace violence ranking as the second leading cause of death, OSHP said it intends to design “interventional and educational efforts” to bring those numbers down – particularly among the groups that are disproportionately affected by them: females and self-employed workers.

“Next steps for our program will include collaborating with stakeholders within Florida that are currently working with these high-risk groups: agriculture, forestry, fishing and hunting, administrative and waste services, and construction.”