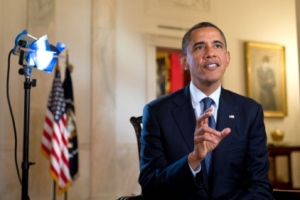 This much we know today: our government in Washington is the same as it was yesterday. Democrats control the White House and the Senate. Republicans retain control of the House of Representatives.

Beyond this, everything is uncertain. This pertains to occupational safety and health as well as a raft of other issues.

For OSHA, who will be the boss? Will Dr. Michaels remain? Never has an OSHA chief remained when his or her president was reelected for a second term. The odds are up in the air as to whether Dr. Michaels stays on. Aaron Trippler, government affairs director for the American Industrial Hygiene Association, puts the odds at 75-80% that Dr. Michaels will stay. Trippler says it depends on whether or not Hilda Solis remains as Labor Secretary. He says if you asked Dr. Michaels, he would say he 100% wants to stay on to take care of unfinished business, such as I2P2 and updating the PELs.

Will the controversial Injury and Illness Prevention Program (I2P2) regain momentum? As long as the economy remains feeble, and most business forecasters and CEOs believe it will in 2013, the “regs kill jobs” argument will stay strong. Any short-term action on I2P2 is unlikely. Perhaps in the next four years a proposal might be issued, but business opposition will be intense. One scenario: an I2P2 proposal is issued in the next two years, and a final rule is rushed out ala the ergo standard in 2000 in the waning days of the Obama administration.

OSHA is likely to continue to operate from the center of the political spectrum. Not as liberal as in the 1970s and early 80s; not as conservative as from 2000 to 2008. This means enforcement will continue to be strong, more enforcement-oriented National Emphasis Programs (NEP) will be issued, and OSHA will continue to enrich its website with more tools and resources for safety and health pros. Standards will be few and far between.

The dreaded “financial cliff” that could trigger damaging budget cuts to agencies such as OSHA, NIOSH, and MSHA and EPA if Congress does not reach to deal to reduce the federal debt by January 1, 2013, might see Congress push back the deadline several months in order to work out a compromise.

Business leaders are uncomfortable with uncertainty, and that is what we will have for the foreseeable future. All operations of a business, including safety and health, will be run conservatively, with little hiring and few budget increases. The energy and healthcare sectors are the only exceptions to this scenario.

As far as the occupational safety and health profession is concerned, both within businesses and in DC, for now it is “stay the course.”