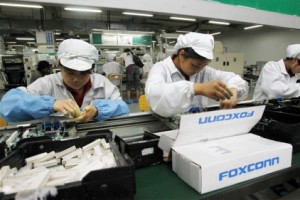 Foxconn, the manufacturer of Apple’s iPhone and iPad, will for the first time allow workers to elect union representatives, according to a statement released by the company.

The firm said it would hold elections for a chairman and 20 members of its Federation of Labour Unions Committee every five years. Taiwan-based Foxconn employs approximately 1.2 million workers across China, and is China’s largest private sector employer. Foxconn headquarters are based in Taiwan.

Foxconn said on Monday it was increasing the number of junior employee representatives in committees within the union representing its workers. It said all its sites had been holding elections to increase the number of such positions, and the management was not involved in the election process.

"As a part of efforts to implement the Action Plan that was developed together with the Fair Labor Association, Foxconn is introducing measures to enhance employee representation in the Foxconn Labor Union and to raise employees' awareness of the organization," it said in a statement.

Foxconn's latest plan follows recommendations in the FLA report. It has already implemented other recommendations and has increased wages and improved amenities at its sites.